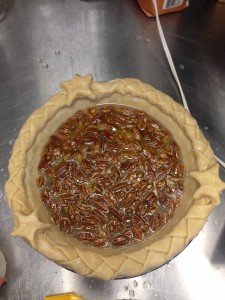 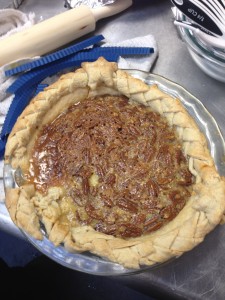 This was my first disaster pie. Although one would think the “utterly deadly” portion of the title comes from the abundance of delicious sugar and butter in the recipe (which I assume it originally did, as that was the name I found for this recipe online), the deadly attributes of this pie took on an entirely different meaning during the baking process. Now don’t get me wrong–this pie was fantastically delicious. I had three self-proclaimed pecan pie aficionados (from the South, no less) tell me this was one of the best pecan pies they had ever tasted. I kid you not. However, it was a long and perilous road creating the tasty, yet horrifyingly ugly final product pictured above. The picture to the left of the horribly ugly final pie illustrates my pie pre-baking in all of its braided glory…but I’ll get to that.

To begin, I decided to use the food processor and vodka trick that everyone was raving about for my pie crust. Previously, my dough was a little too moist, so I was looking forward to avoiding the doughy mess, and simplifying my crust-working with the processor.  Lesson of the week: shortcuts are not always so short. First of all, I had some issues with the food processor. While the dough was relatively pea-sized on top, the majority of the butter clumped at the bottom. Then, when I was working in the water/vodka, I think I overworked the dough because it was difficult to handle. Later, when I was rolling out the pastry, it kept cracking. 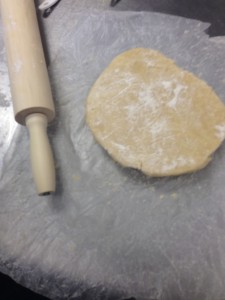 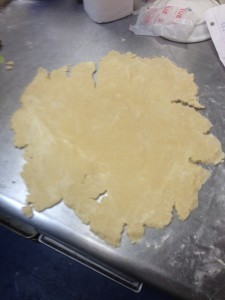 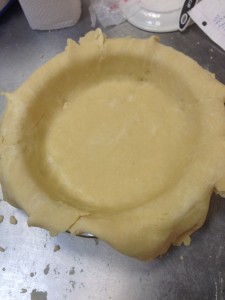 Although I knew I needed to wait for the dough to warm a bit, I was afraid of overworking it and having it end up too tough. The process of rolling and mending, rolling and mending continued until the dough was finally large enough to fit the pie plate. After cutting off the excess, I worked it together and rolled that out as well. I cut this dough into long strips and braided it together to make a pretty crust. Connecting the three braids wasn’t easy, but I finally figured I could just put some additional decorations around the connection points…in my case, stars. After all of the dough working, I was ready to shift away from the gluten and focus on the filling.

The first folly: I confused corn starch and corn syrup and mistakenly tried to boil the former with sugar–both obviously solid together in a pan. 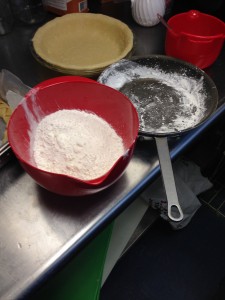 Big whoops. After starting again, I saw the results I was looking for, and I threw in the butter, pecans, vanilla, and eggs to complete the filling. Word to the wise–although the final product tasted wonderful, I advise anyone who plans on washing their dishes by hand to stay away from the corn syrup…the excess transformed in to this horrifying dried rubber meets plastic consistency all over the pan.

Finally, though, I was ready to complete the beautiful union of filling and crust. I thought I secured the delicate crust fairly well with water and egg yolk, but…well we all saw how that turned out. When I opened the oven to check on my pie, I was shocked and mortified to see the pathetic crust slumping into the filling. My braid! All of that time! All of that patience! Filled with woe, I removed the pie a tad bit earlier than the recipe suggested. As a result, my crust had more of a shortbread texture, but it was commended by many which leads me to think…blessing in disguise?…but no. Absolutely not. I would have readily sacrificed the tasty, slightly under-baked crust for even an over-crunchy, yet pretty crust.

Alas. The disaster pie was finished. Quite literally. I brought home about a piece and a half, and my friends annihilated my ugly pecan pity party with their voracity…success? You can try out the recipe and decide for yourself. 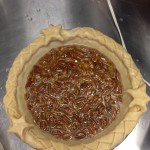 Published on January 28, 2014by Abigale Belcrest