In the mid-20th century, many North Adams residents grew up, went to school, found work, and raised a family in their native city. North Adams also drew workers and families from across Western Massachusetts, attracting them with the many factory jobs and social opportunities that the larger city provided. Robin Martin remembered the North Adams of her youth as a largely self-contained, inward looking community. As she put it, we didn’t have to worry about anything that was going on anywhere else unless it was a major war. 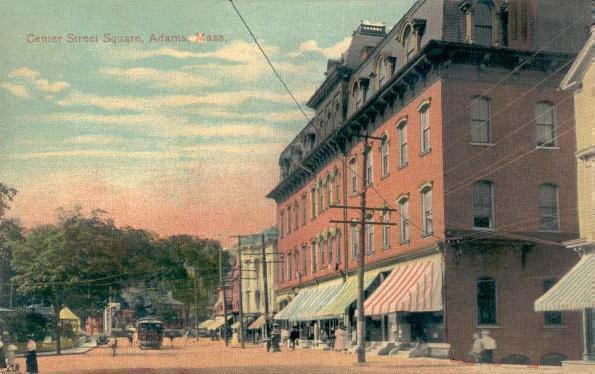 Neverheless, even if people living in North Adams didn’t realize it, the surrounding towns were important to their success. Although smaller nearby towns such as Williamstown and Adams had their own economies and focuses, many of their residents were drawn to the size and potential of North Adams. Linda Saharczewski recalls the view from Adams during the ‘60s and ‘70s when she was growing up.

Adams was a mill town, we had the Berkshire Mills, it was a cotton mill in Adams, and it went out of business, of sorts. And when you were growing up in Adams during the time I was growing up, in high school, when people were thinking about jobs in the area, there were two big places to go and one was Sprague Electric Company in North Adams and one was the GE in Pittsfield. Those are the places that everyone really wanted to get into and you would get good pay, you would get benefits and it kind of seemed to most people that they thought that it was going to be there for the long haul. North Adams was a rival of Adams, which, you know, most schools and places do have, I mean, we were the good town and they were the bad city, you know, but they also did have a lot more to offer than we did. We were very small, like I said, we had the mills but the mills had closed down so we just had a lot of smaller businesses in town.

In each of the plants I had, we had small production groups for which I was responsible. They were in Annapolis Junction Maryland, Dayton, actually right near the airport in Dayton, Los Angeles, San Ysidro, California, which handled the Mexican operations. And I’m sad to say I started the move to Mexico. Some of our labor contracts, jobs had Mexican people assemble the components which they brought back to my people in Los Angeles who finished them up and would satisfy customer orders from Los Angeles. 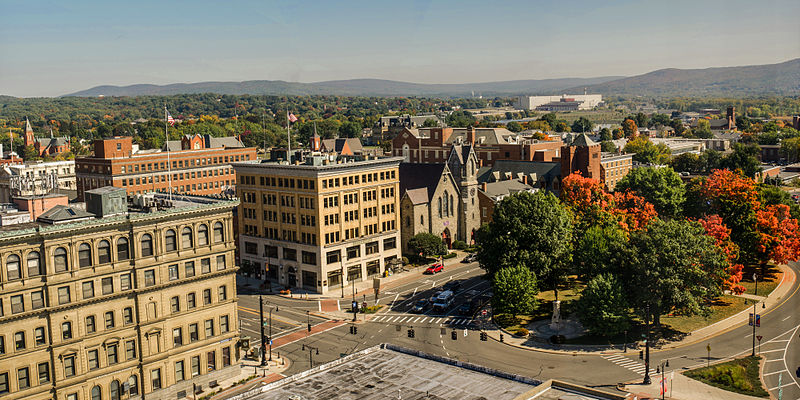 As Linda Saharczewski mentioned, North Adams wasn’t the only industrial hub  in the Berkshires. Pittsfield also drew many people from across the region, largely based on its large General Electric factories and the many shops and businesses that catered to GE’s employees. Billy Perenick, a North Adams native, remembers visiting Pittsfield in his youth.

As North Adams’s economic fortunes began to change, however, so did its image outside the community. Fewer young people stayed in North Adams as jobs became scarce. The city’s reputation changed from one of American ingenuity and hard work to a case study in post-industrial decay. Even in New Jersey, where Justyna Carlson attended college, North Adams was seen as a textbook example of the plight of American manufacturing. Significantly, Carlson’s account dates to the early 1960s, decades before Sprague closed.

A number of them were taking intro sociology classes as freshmen, and about three or four chapters into the book they came running into my dorm room to say: our book mentions North Adams, Massachusetts as a prime depressed economic area where the population has gone down. And of course this is 1962, so it definitely, through the ‘50’s and into the ‘60’s was going down. And I said yes, that’s true, we’re one of the communities where population has gone down, a number of the mills have closed and families have moved out, and I agree. And then about…chapter 8 or 9 they all came running in again and said “You’re in the book again” and I said, “What are we in this time for?” “Well they’re coordinating crime statistics with economically depressed areas and so, your North Adams is there as high crime because of the economic situation.” I said “no way! I agree with the first part, but I don’t agree with this part. The last murder was in 1939,” and I said, “they must have counted every parking ticket in order to get those statistics.”

Over the last two decades, as North Adams has struggled to reinvent itself, the city’s reputation has slowly begun to change. Perhaps the creation of Mass MoCA has had the biggest effect on the ways people see North Adams. Robin Martin credits Mass MoCA with helping to get rid of North Adams’ negative reputation. In her estimation there are now more people coming into the area that are not natives and settling here. I love the art that shows up on Main Street. I love that we have more music around. I just find it very enjoyable. I wish along with that we had a couple more big employers. That would be a wonderful thing. Or even a whole bunch of small ones that were steady. We see businesses come in for year or two and then go someplace else. That’s too bad. I wish that we had more. But I think certainly MoCA helped to put us on the map for something besides being a factory town. And for that I thank them.