For much of North Adams’ history, the city has been the Berkshire County’s industrial and manufacturing hub. In their interviews, residents stress the pride they took in their work, noting that their jobs helped developed a sense of community among employees. Residents of an older generation recall that even as children they understood the importance of hard work. Lorraine Maloney, who worked at North Adams State College for more than 20 years, describes her busy day-to-day childhood experiences,

I was born during the Depression and there was not a lot of money to go around so we had these huge gardens. As children, we all helped out. You know, it was just understood that we just helped out, and we didn’t have to get paid or anything to do that. We used to go out into the gardens and my mother used to can all the goods so the cellar was similar to a supermarket cause you canned blueberries and tomatoes and peaches and then they, we had loads of potatoes and you’d pick those and put them in bags and they would last you the whole winter long over there.

During North Adams’s industrial boom, paid employment also began at a young age. Although many parents hoped their children could avoid factory jobs, with their long hours and sometimes difficult conditions, many interviewees now describe manufacturing work as a positive influence on their future work habits. As Robin Martin, a former employee at Wall-Streeter Shoes and Sprague Electric, states,

I think factory work should be like a learning tool. You know what I mean. Like go into it. I think everyone should work at McDonalds, waitress or work in a factory. Because I think it helps you to have a much stronger work ethic when you get older… It’s a really good experience. For me it was never a be all, end all. That’s just not the way it was…

Residents also stress the ease with which high school graduates could land a job. The city’s factories always seemed to have a position open for younger employees, even if the jobs were low-paid. Robin Martin remembers that her first day on the job hunt was a successful one,

I turned 18 May 2nd. And went to look for work the next day. And it was a joke. My brother and I were walking around because then you could just leave your house and say I’m going to get a job and you’d have a job by the end of the day. So we just were going to all these places and putting in applications. And we went to the Wall-Streeter. And I put in an application. And they said ‘we are not hiring.’ And then they looked back and they went ‘wait a minute you had three years of sewing in high school.’ I said ‘yeah…’ ‘Oh good we have a job for you.So my brother walked away going “they’re not even looking at me but they hired you just like that.’…So that was my first experience in a factory. Something that my grandmother swore she would never allow me to do. Because she had worked in them. 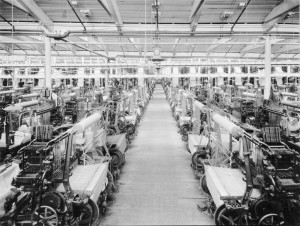 Industrial manufacturing was the most significant sector of North Adams’ economy for much of the early 20th century. Picture courtesy of the North Adams Historical Society

Billy Perenick, a former barber from North Adams, began his career at a young age, and remembers the interactions between small businesses and factory workers fondly. The manufacturing work in North Adams helped sustain a healthy small-business sector. Downtown luncheonettes served meals in shifts from noon to 1:00 and factory workers would crowd in for a fast meal before returning to an afternoon’s work. Along with diners, other establishments, like Perenick’s barbershop, became spaces of interaction between the city’s various social strata,

Listen, in 1955, there were thirty barbers in North Adams, this is 1950. Lot of old-timers, at the time I was the youngest barber, I came out of barber school from Hartford, Connecticut and I was very fortunate, I got my job with a good, respectable barbershop…The population was dropping…but one time, with all these barbers years ago, the [workers] came out of the factory and then…they would shave them, they would go to the barbershop, get a shave for a quarter or thirty-five cents, and that was it…We had a couple doctors, there were lawyers, we had some engineers from Sprague’s, we had a variety. Everybody. The guy that worked on the rubbish detail, you know, he was faithful, he’d come in every two weeks and got a haircut…we had guys in Sprague’s, everybody. 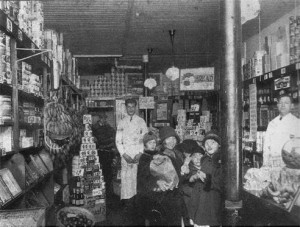 During the height of industry in North Adams, women tended to dominate work on the production line. Gendered work-forces were common in the city; companies argued that female workers were more dexterous, and therefore more adept at working with small components, than male employees. This became an argument in favor of male-dominated management and administrative positions. The characterization of women as temporary workers who would leave the workforce to raise children also justified their low pay. The unbalanced relationship between male management and female labor did not hinder women from joining the workforce, however. Rose Marie Thomas, a long-time factory worker at Sprague, describes why she started working for the company,

That’s the way it was back then, even when I was young, there weren’t a whole lot of jobs open back then for women. Let’s see I could be a secretary, or a nurse, or a teacher. There wasn’t a whole lot open. I thought I was going to be a nurse, that didn’t work out, so I ended up in Sprague, and here I am.

Many women started and ended their working lives in factory jobs. Whether they worked in assembly production or secretarial positions, most women did not expect that they needed education and training beyond high school.  For Robin Martin, this became a problem when she began to look for work outside of Sprague,

I remember, during that time a few positions opened at the library. And one of the men that was working with us at the time, his wife was getting a job and I said then ‘gee, you know I would love to have a job at the library.’ And he looked me straight in the eye and he goes ‘you’ll never get a job at the library. You don’t have enough education.’ So that was the whole thing, once you came to Sprague you were at Sprague for your life.

The steady and reliable employment provided by factory work was certainly attractive. Reliability was not only a defining feature of work in North Adams, but a defining quality of the products that were being manufactured. Companies took pride in the trustworthiness of their goods, which was then reflected in the pride that employers took in their work. The James Hunter Machine Company was so confident in the quality of its textile machinery that it guaranteed its products for life. As Justyna Carlson of the North Adams Historical Society recalls,

The Hunters were very proud, and they did a good job, they knew that their product was good. Consequently they guaranteed all of their machines forever, not for ten years or twenty years or even 100 years, forever. So for a few years they got telephone calls: need some repairs in North or South Carolina. So they would send people down to repair them, and then they sent people to Mexico to repair them. And it turned out that, they didn’t expect all of this moving. They didn’t expect people operating who hadn’t had the same kind of training, and it was getting to be so frequent that they were getting calls from all over the world: come fix your machine because it’s guaranteed and they just couldn’t’ stay in business any longer. 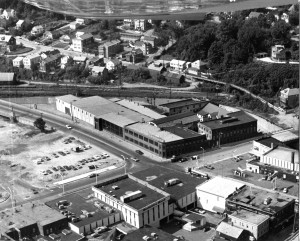 Community pride and workmanship go hand in hand in North Adams. The city’s manufacturing past has defined its workplaces, and the transition towards a more diversified economy after decades of economic decline has left some residents a little rosy-eyed about their work experience during the height of industry. As some people see it, the loss of manufacturing jobs didn’t just rob North Adams of good work opportunities, but also limited the chance for young people to develop healthy work habits and to take pride in their jobs. Work opportunities are not just a practical necessity for the residents of North Adams; the sense of community and comradeship that hard work provides is also a cherished part of life in this city. As the economic fortunes of North Adams improve, comments like Robin Martin’s are becoming more common,

The immediate future of North Adams. I’m excited for it.