After we visited Nishimura-san, we made our way over to Takuya Tsutsumi’s domestic lacquer production factory. Urushi refiners like Tsutsumi-san are tasked with turning raw urushi into variously pigmented paints that can be either matte or glossy. 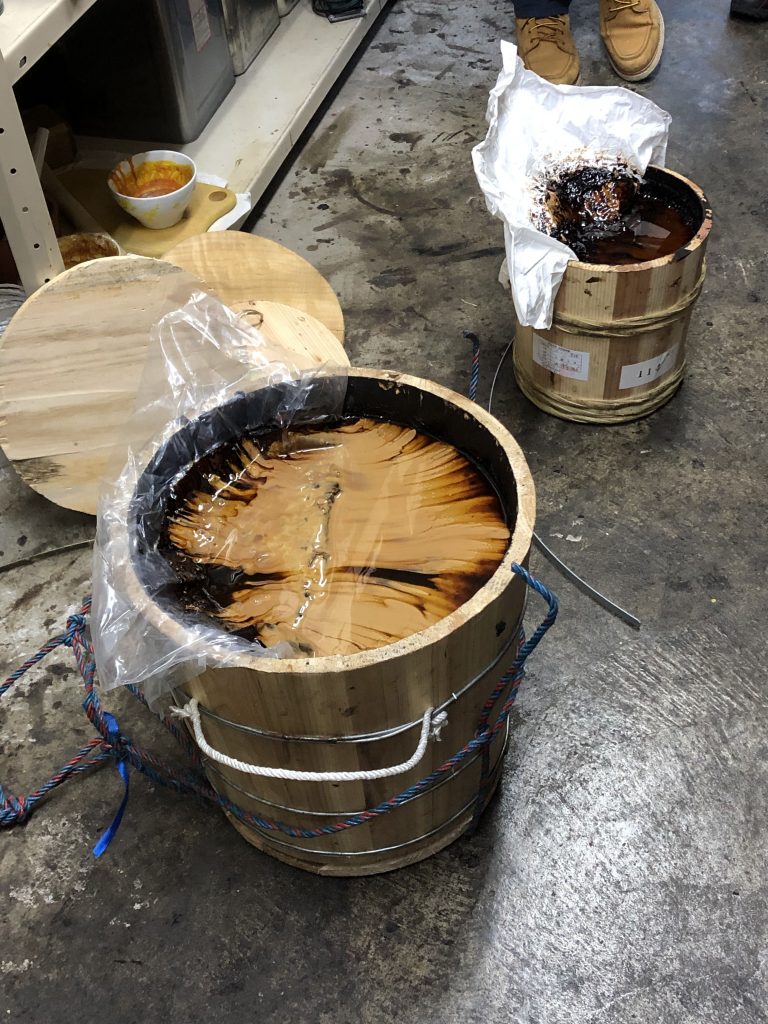 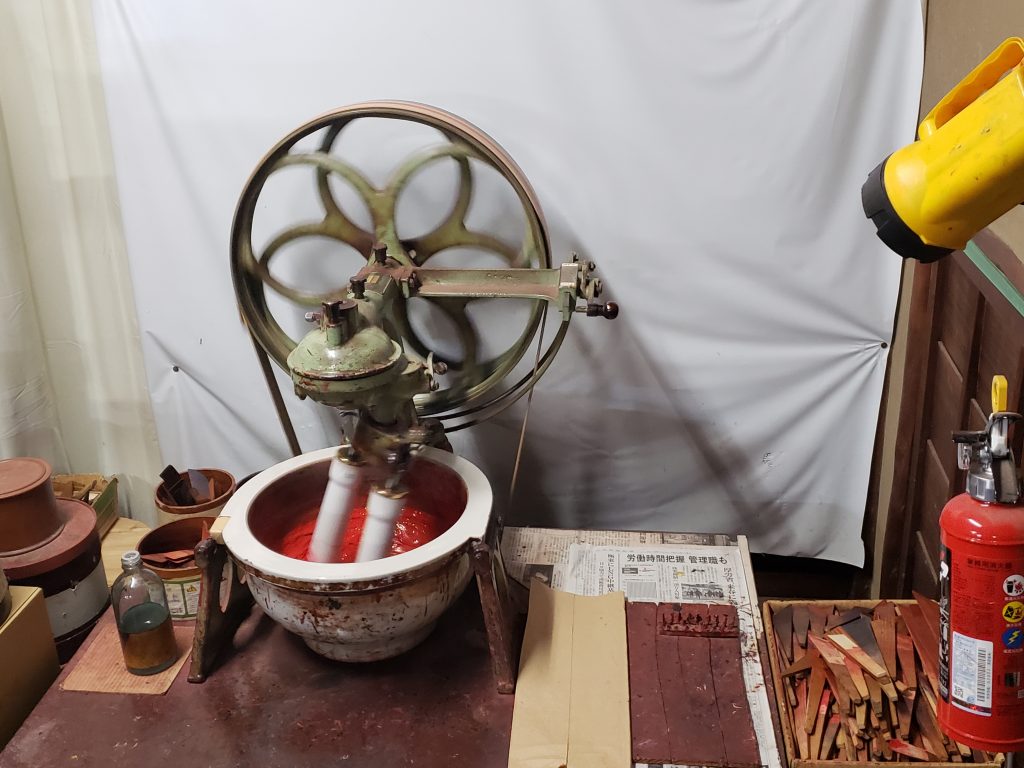 Interestingly, however, according to Tsutsumi-san, Chinese lacquer occupies about 98% of urushi consumption in Japan, yet there is an increasing demand for domestic urushi: for instance, the Agency for Cultural Affairs (Bunkacho) announced in 2018 that they aim to use only urushi produced in Japan for the restoration of national treasures. How can Japan increase its domestic lacquer production while mitigating harm to the environment?

Tsutsumi-san sees the first step to solving this problem as promoting understanding of urushi to the general public as a recyclable resource and raw material.

In an effort to introduce urushi to the wider community, Tsutsumi-san creates and distributes pamphlets about urushi materials, and incorporates urushi into everyday objects, such as bicycles, skateboards, and even surfboards. (He did give us the disclaimer, though, that the urushi surfboard was not for sale.) 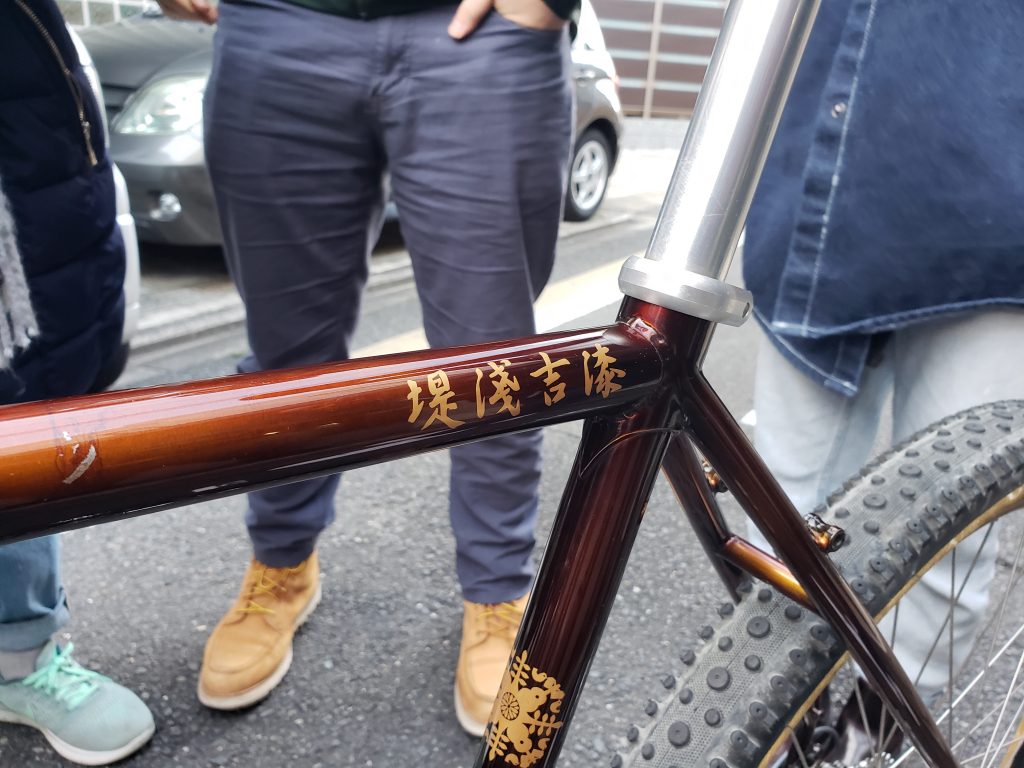 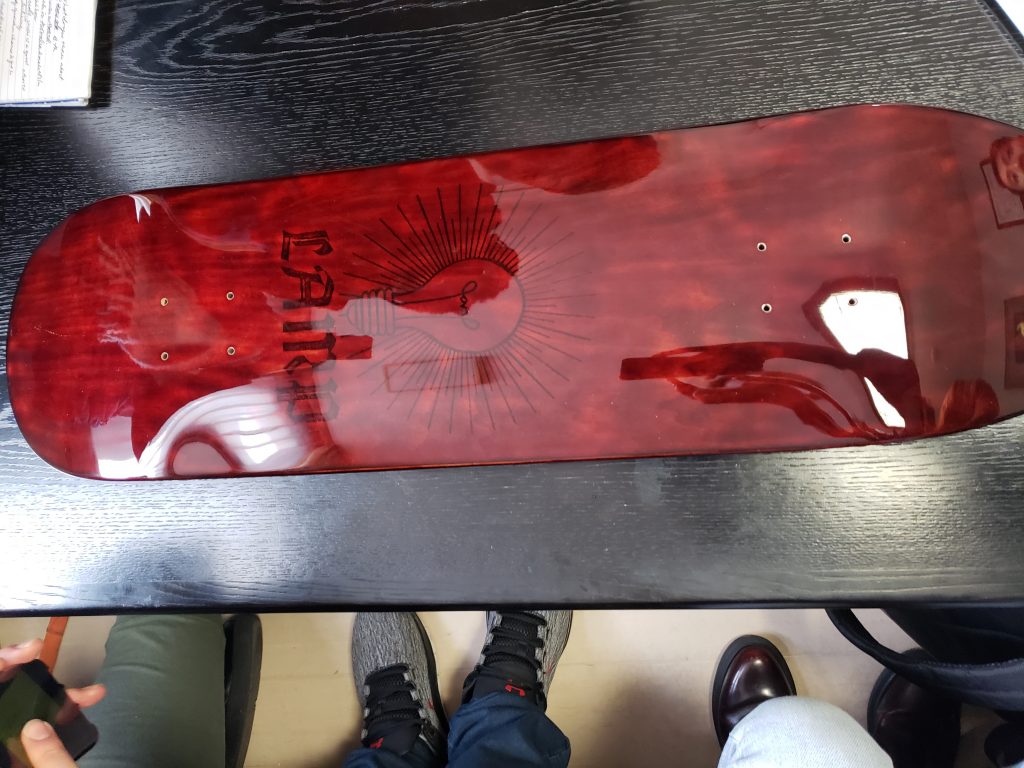 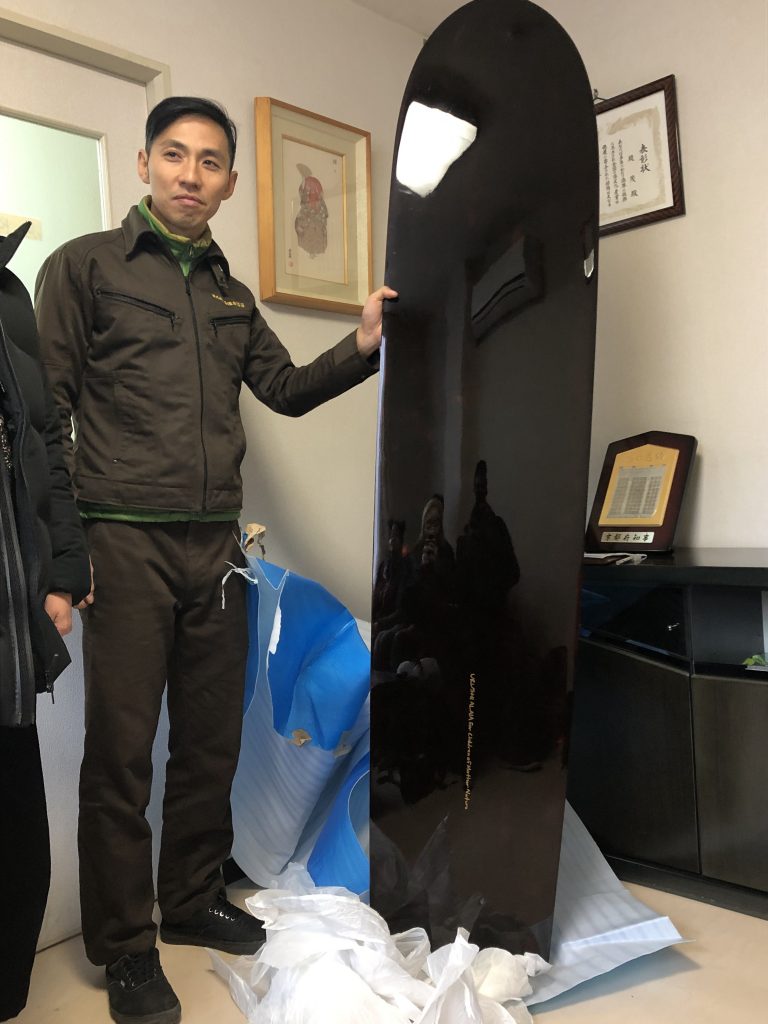 Urushi surfboard made by the man Tsutsumi-san himself – he’s used it to surf in Australia!

Tsutsumi-san views creating such urushi products as practicing environmental sustainability, as urushi doesn’t contain any hazardous substances and is friendly to both the environment and humans. Furthermore, if an urushi bowl gets damaged, it can simply be repainted and reused.

Urushi is expensive to produce and utilize in making urushi bicycles and skateboards, so I’m curious to see if there’s a possibility of making such products cheaper without sacrificing the quality of urushi and the refining process.