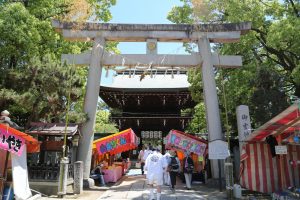 When we visited Goryo Shrine, we learned about the idea of kotoagesezu (言挙げせず) from Ogurusu-san. This concept, which roughly translates to without mention or verbal expression, refers to the unverbalizable elements of one’s experience, that which cannot be conveyed through words.

Ogurusu-san explained about kotoagesezu by relating it to the nature of kami (神), the figures worshipped in Shintoism. It is hard to verbalize the nature of kami, which cannot be described as dead or alive and that translate to different, individual ways of understanding them in the Shinto followers’ minds. This is an example of an idea transcending language, having a connotation and network of associations much greater than can be conveyed through words. 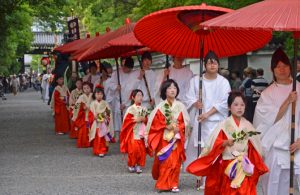 After meeting Ogurusu-san, we were able to relate kotoagesezu to the different disciplines we studied, and to the whole of our experience in Kyoto and beyond.

Ogurusu-san also taught us about the role of the shrine in getting people closer to kami and nature. By distancing peoples minds from civilization, this allows them to be more contemplating of life and grateful for everyday life. 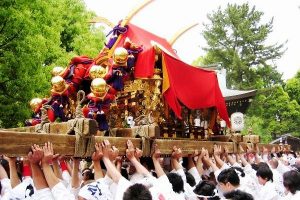 Although I was born in a Catholic family and had a religious upbringing, I have never been spiritual. From early in my childhood, I have not related to the religious and spiritual elemends prominent in my culture, nor the beliefs held by my family. However, my stay in Japan showed me spiritual thoughts and beliefs with which I identified much more than what I knew religion to be. Partly of the reason I identify with shintoist beliefs is the emphasis it puts on nature. Similarly, Shintoism has historically been closely intertwined with Japanese culture since ancient times and has had a positive impact on society, such as keeping communities together through festivals, and promoting cleanliness and hygiene.

No one in my immediate family is religious. My grandparents are raging Catholics who would always attempt to convert me, I guess. I always found it ridiculous to believe in an infallible god because it was so unlike what humans are. Shintoism is the most believable religion to me because it is appealing how fallible the gods are, just like humans.I grew up reading Greek myths, so Shintoism resonates with me as a Japanese version of that genre. Shintoism was explained to us like this: you gotta knock on their door using the prayer bell, bow a few times to show you’re respectful, and just ask them what’s up. We learned that they love fresh sake. I would rather believe in multiple gods that are as fallible as I am than one almighty hypocritical god. Shinto gods make sense to me. 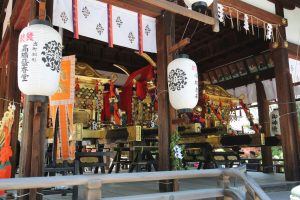