Deities are not easy to comprehend on a human level. They must be found and conceived by oneself. Religion should be absolutely left to the individual. The existence of an enlightened being cannot be explained, nor should it be imposed on anyone or advertised. 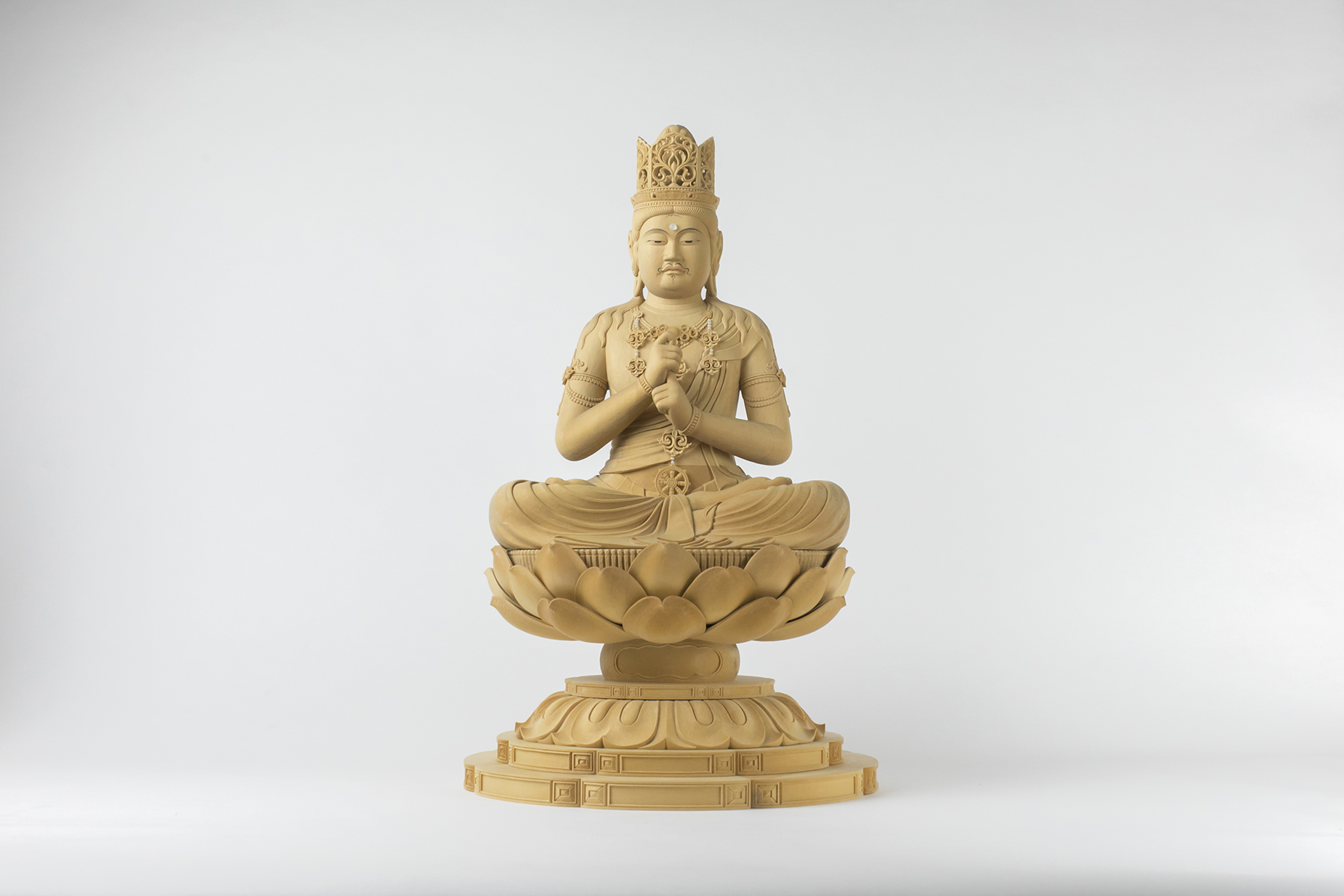 In the pursuit of original expression within traditional sculptures, Gakyu creates fantastic motifs which resonate with viewers. No words necessary.

The motifs Gakyu brings to life depict a spirituality that follows his hands as he crafts.
His products express the unexplainable mission he has for being a Buddhist sculptor. He is helping Japanese traditional crafts flourish, and you can see his frustrations and aspirations as he works on the Buddha — in the folds of his robes, the serenity in his gaze, the ringlet curls of his hair. Each ripple conveys the talent Gakyu has for keeping tradition while matching the needs of the times. 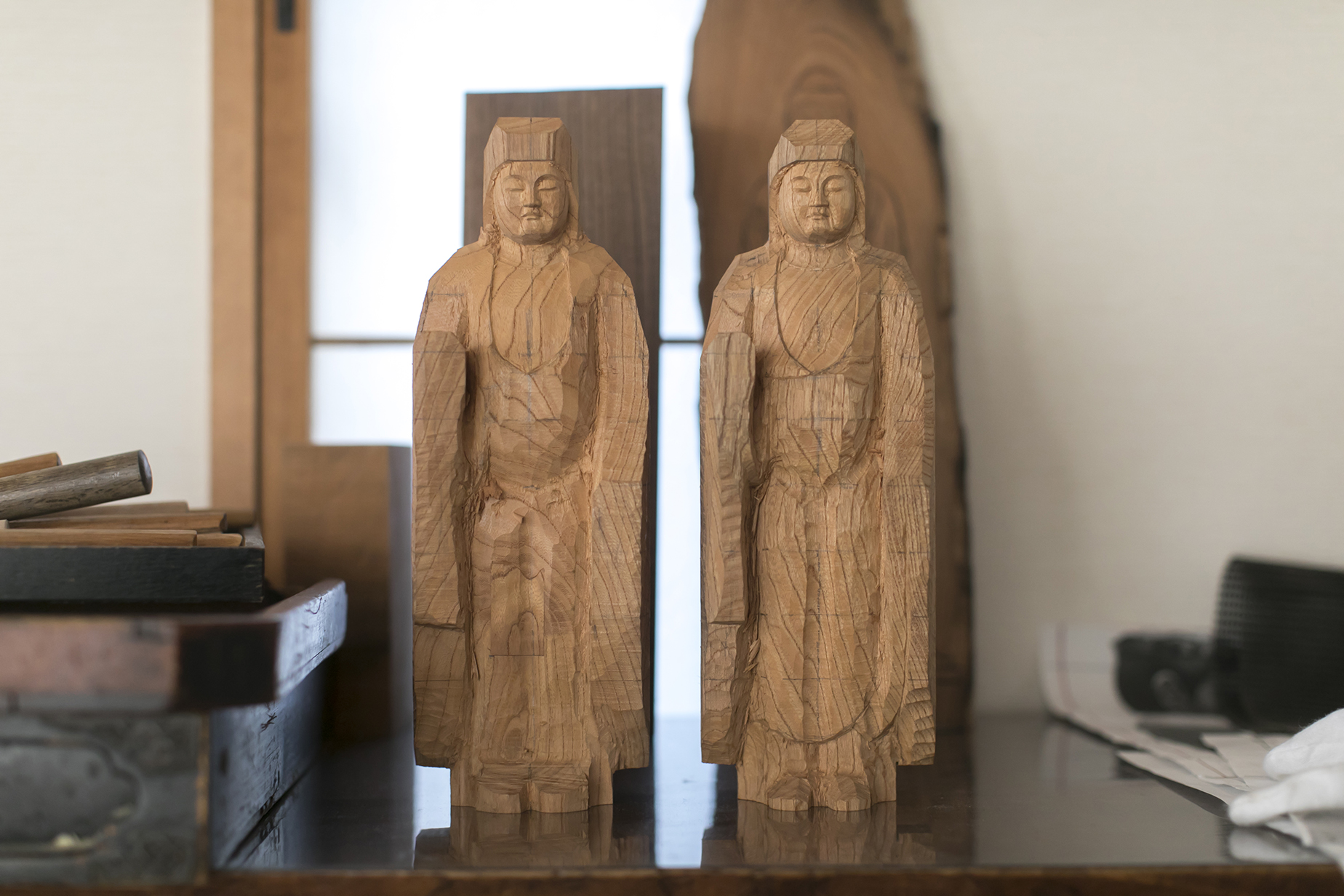 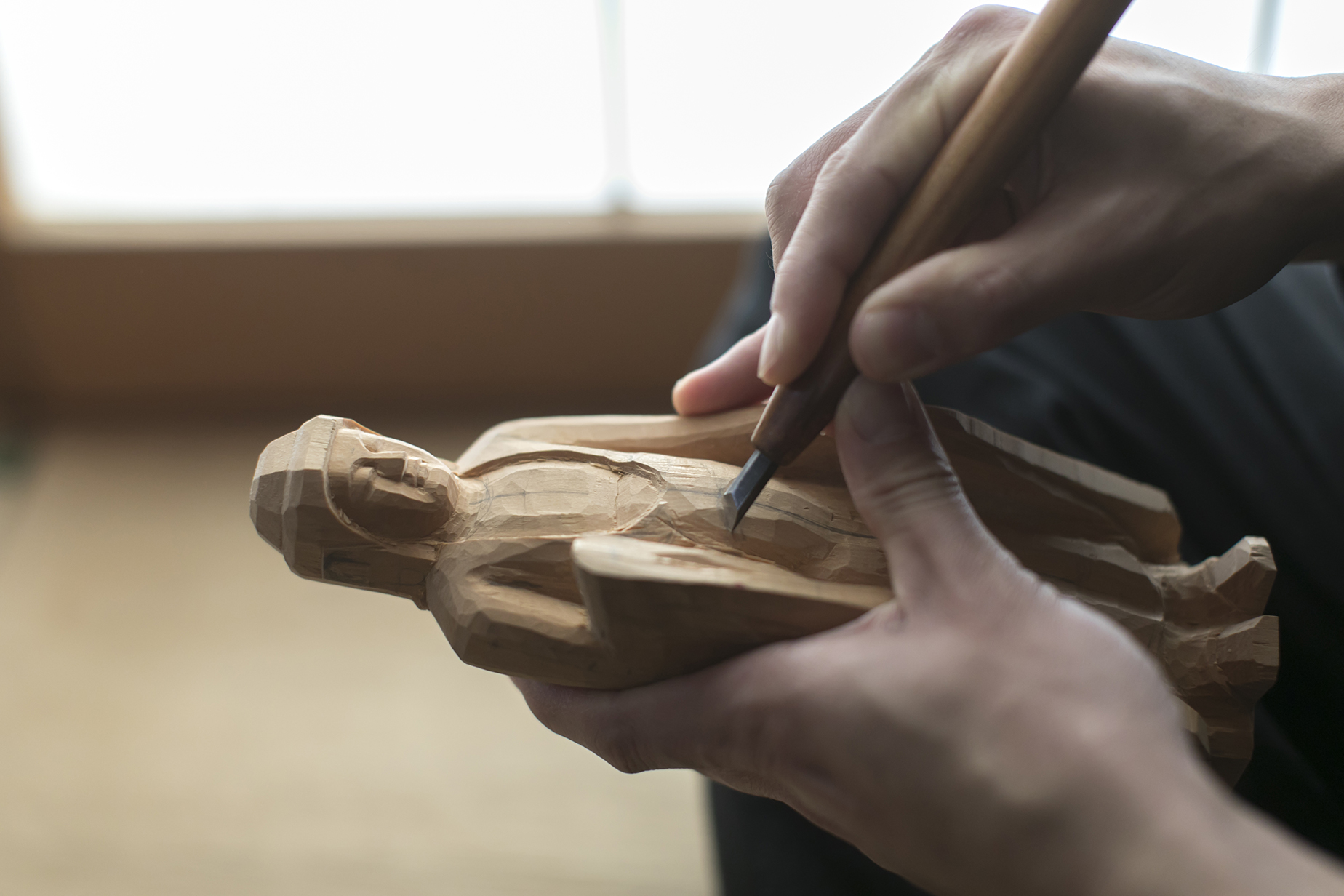 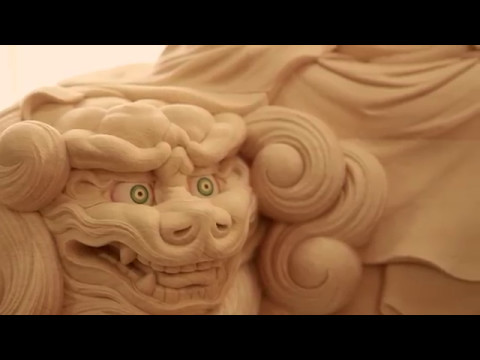 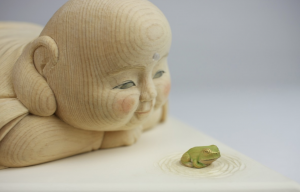 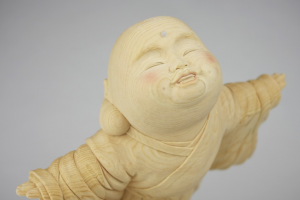 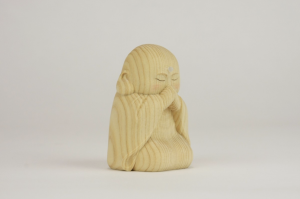 Miyamoto combines tradition and modernity by sculpting new renditions of beings as well as doing justice to the original figures. His Warabe Jizo figurines are incredibly endearing; their intricate shapes juxtaposed with youthful appearance give this deity an ageless innocence which maintains the narrative of this god being the protector of children and travelers. 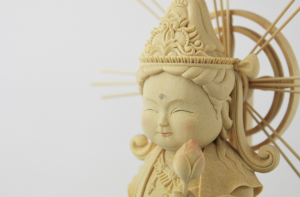 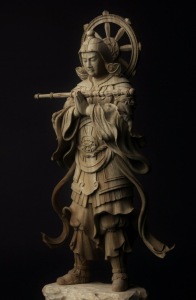 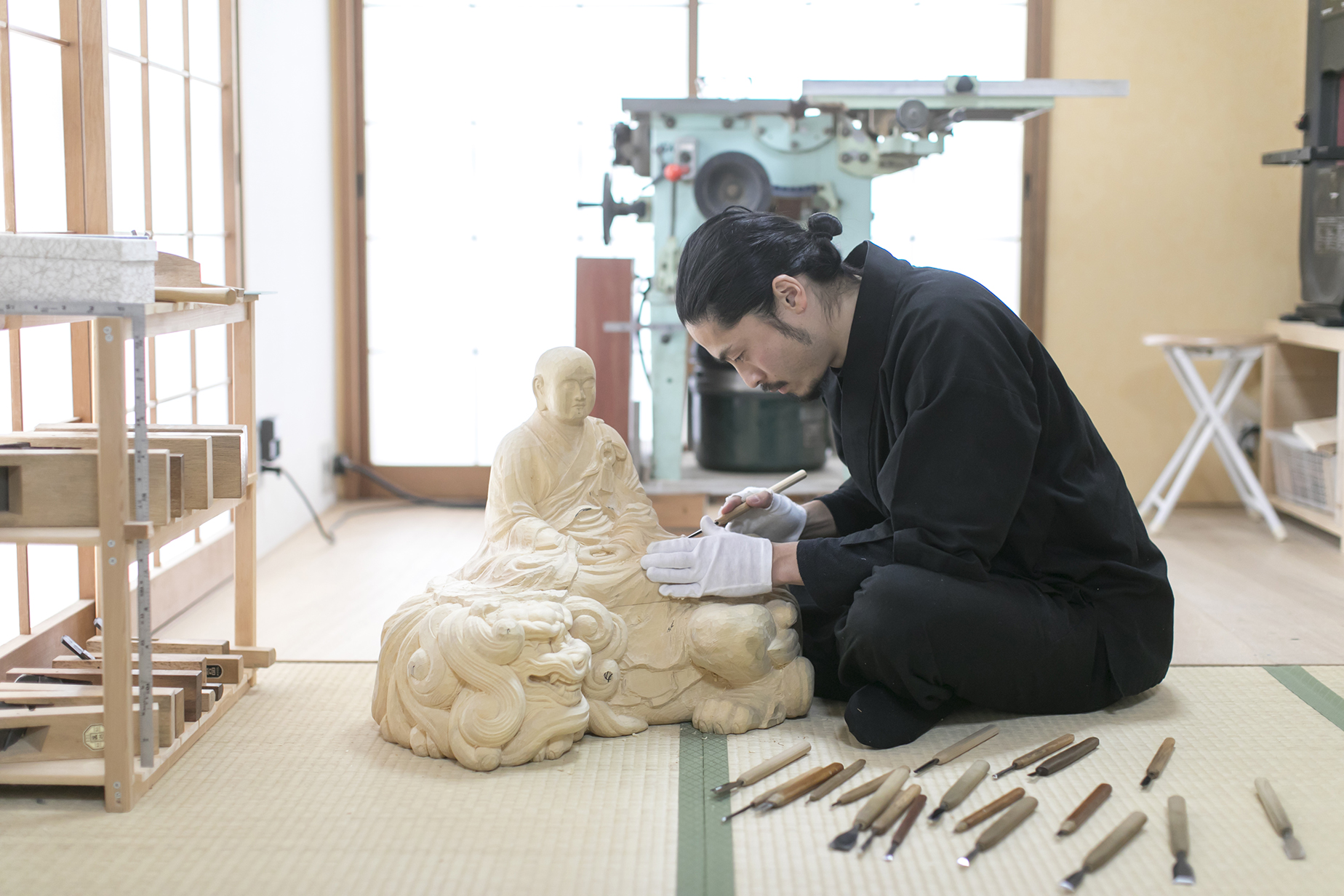 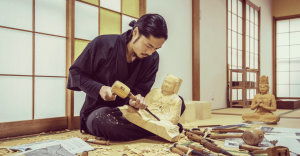 Instead of expressing our feelings in words, which can be changed and received in various ways, we can relate to others’ emotional expression. Gakyu Miyamoto can transmit more than just religion. He conveys himself in every piece he crafts, which transcends language. 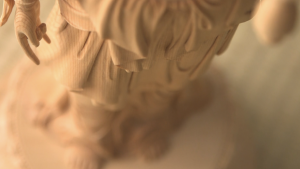 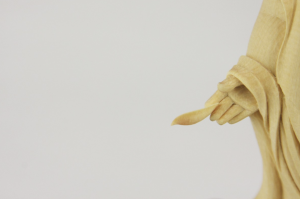