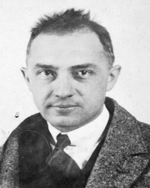 WILLIAMS, WILLIAM CARLOS (1883-1963). Although modern poet, novelist, and essayist William Carlos Williams once said that all of his art came out of the work-yard of his lifelong home in Rutherford, New Jersey, where he practiced medicine, that is not altogether true. He also traveled upon, and wrote about, the sea. In 1909 he departed from Philadelphia on a second-class ocean liner, the S.S. Marquette, for a twelve-day trip across the Atlantic. Williams recalled several moments from this first sea voyage in his book of prose and poems entitled The Descent of Winter (1928). Williams and his wife, Floss, took a second trip to Europe in 1924, on the S.S. Rochambeau out of New York. He would recall this crossing two years later in the opening passages of his second novel, A Voyage to Pagany (1928).

He also traveled in 1931 to Nova Scotia on the steamship S.S. Voyageur. The steamer made its way up the Saint Lawrence River as far as St. Anthony’s, Newfoundland, and then looped back again. Williams had vowed to swim in the northern waters, so took a dip off Greenly Island, Newfoundland, but the water was too cold for him, and overall the trip was an alienating one. The fog, the weed strands, the midges, and the poverty in the small fishing villages were to contribute to Williams’ growing sense of the sea as something alien, deathlike, and deeply tragic.

An early long poem, “Spring and All” (1923), includes a section wherein the sea’s many watery arms enviously enclose a young girl’s body. A later poem, “The Yachts” (1935), depicts the same alien sea waves, tearfully reaching for the vibrant, youthful yachts whose sharp prows slip easily past them. Many of the titles in Poems 1929-1935 incorporate a sense of the sea: “The Sea Elephant,” “Flowers by the Sea,” “The Sun Bathers,” and “Nantucket.” The Nova Scotia trip was the source for one of the best-known sea poems in the volume, “The Cod-Head.” The sight and smell of hundreds of codfish heads in various states of decay on the strand and bobbling in the waters were Williams’ inspiration. An important theme in the poem is sacrifice.

The alien sea also figures powerfully in Paterson (1946-1958), Williams’ famous long poem. At the end of Book IV, entitled “Run to the Sea,” the protagonist emerges from the sea, a place that is “not our home,” and turns toward the land, just as Williams, perhaps, in a less grand way, always returned to his work-yard in Rutherford. by Robert E. Kibler (2000)