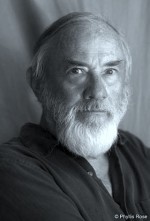 STONE, ROBERT [ANTHONY] (1937-2015). A distinguished, award-winning novelist, Robert Stone turned to nautical fiction in his fifth book, Outerbridge Reach (1992). Born in New York to a family of tugboaters, he served from 1955 to 1958 as a radioman and journalist in the U.S. Navy. His sailing voyages in the Mediterranean and Antarctica are reproduced as vivid seascapes in his sea novel. An enthusiastic yachtsman, Stone lived in Connecticut.

Outerbridge Reach is based on a failed solo circumnavigation race in 1969 by one Donald Crowhurst, who faked his logs, became lonely and depressed, and drowned, apparently by walking into the ocean pursuing a religious vision. Nicholas Tomalin and Ron Hall published The Strange Voyage of Donald Crowhurst (1970), which Stone borrows from but does not directly credit.

Stone’s novel explores the effects of single-handed circumnavigation on Owen Browne, his wife Anne, and Ron Strickland, a documentary filmmaker recording the experience. Owen is an Annapolis graduate in his forties who sells yachts in New York. When his company’s millionaire owner mysteriously disappears, Owen replaces him in a round-the-world race, despite his inexperience sailing alone. The tension between Owen, Anne, and Ron grows as they prepare for the race. After Owen leaves, Anne and Ron become lovers. Owen’s poorly constructed boat fails him, and he fakes his log in a mad attempt to win by deceit. Morally, intellectually, and physically bereft, he plunges overboard rather than face failure. Anne breaks off her affair, destroys the film, and seeks to restore family honor by entering a sailing race.