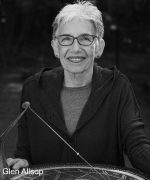 SOBEL, DAVA (1947 – ). Dava Sobel grew up in the Bronx, NY, and received her college degree from the State University of New York at Binghamton. A journalist and science writer, Sobel has written six books and co-authored a half-dozen more, mostly centered around astronomy and the history of science. Her first book, Longitude: The True Story of a Lone Genius Who Solved the Greatest Scientific Problem of His Time (1995), was met with world-wide praise. Sobel herself called it an “unexpected success.” A national and international bestseller, Longitude, a work of popular maritime history, has been translated into two dozen languages and has been reimagined into a documentary, a TV movie, and a play. Additionally, Sobel published a separate version named The Illustrated Longitude (1998), co-authored by William J. H. Andrews, as a response to readers’ complaints of there not being enough pictures in the original book.

To demonstrate maritime navigation prior to the advent of a reliable method for finding longitude, Sobel’s book tells the tragic tale of four British warships which ran aground in 1707, killing nearly two thousand men. Those in command—led by Admiral Sir Clowdisley Shovell—had worked together to estimate their location using dead reckoning, meaning the rough calculation of a ship’s position based on their speed and direction. Their estimation, however, was perilously incorrect, and the ships collided with the Scilly Isles off the southwestern tip of England.

It took centuries of fatal maritime disasters like this one, however, for a scientific, reliable method of finding longitude to be discovered. While most of the scientists involved were looking to find longitude the same way they found latitude—through astronomy and the measuring of angles between the horizon and various celestial bodies—the horologist John Harrison looked to clocks. Sobel’s Longitude tells the story of Harrison’s efforts first to discover, theoretically, a method of deriving longitude from time differences, and then to invent a clock which was more durable and precise at sea than any of its predecessors.

Thanks to Sobel’s engaging storytelling and her ability, according to author Lauren Gold, “[to find] the human drama that even the nonscience-inclined can relate to,” Longitude is one of the primary books to introduce maritime history and the study of navigation to a popular audience. It is a work in parallel with other turn of the twenty-first century books of maritime history that have found broad audiences, such as Mark Kurlansky’s Cod (1997) and Nathaniel Philbrick’s In the Heart of the Sea (2000).

Longitude: The True Story of a Lone Genius Who Solved the Greatest Scientific Problem of His Time (1995)