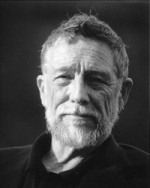 SNYDER, GARY [SHERMAN] (1930- ). Born in San Francisco, Gary Snyder grew up among the forests, mountains, and shores of the Pacific Northwest. A graduate of Reed College (1951), Snyder first went to sea during the summer of 1948 and later spent eight months from September 1957 to April 1958 as an engine wiper on the oil tanker Sappa Creek as it roamed the Persian Gulf, the Mediterranean, and the Pacific. During the late 1950s and most of the 1960s, Snyder studied Zen Buddhism in Japan, beginning a lifetime of devotion to Buddhist principles.

A prominent voice in the San Francisco renaissance and the modern ecological movement, Snyder has published sixteen books of poetry and prose to date. Reflecting a lifetime of thought and writing, Mountains and Rivers without End (1996) gathers thirty-nine sections composed over a forty-year period into a long poem in the tradition of Walt Whitman, Ezra Pound, and William Carlos Williams. Inspired in large part by Snyder’s awareness of the planetary water cycle and by his Buddhist belief that everything finally interconnects, Mountains and Rivers interweaves prehistory, geology, Native American culture, East Asian aesthetics, ecology, and global mythology into a major statement of wisdom and compassion. Many sections are awash in intermingled land- and waterscapes: among others, “Boat of a Million Years” moves among the seas and shores of the Middle East; “Haida Gwai, North Coast . . .” describes the chaotic juncture of land, river, and ocean at Naikoon Beach in the Queen Charlotte Islands; and “Afloat” glides along in an ocean kayak where the sea, sky, and ice meet in Glacier Bay, Alaska. Throughout the long poem, mountains interpenetrate with rivers and lands with waters. Desert landscapes reveal ancient seas that preexisted there. Beneath the concrete of modern cities, ancient watercourses still run.

On the English Department faculty at the University of California at Davis since 1985, Snyder lives with his family in the watershed of the South Yuba River in the Sierra foothills of northern California.

Mountains and Rivers without End (1996)

This entry was posted in S and tagged 20th Century, Poetry, Science/Nature. Bookmark the permalink.