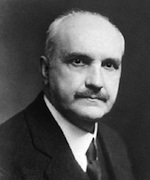 SANTAYANA, GEORGE [JORGE AUGUSTIN NICOLAS RUIZ DE] (1863-1962). The Spanish-born American idealist-philosopher George Santayana drew on his frequent Atlantic crossings in forming concepts of the world and himself. He also used shipboard experience when developing abstract argument and inventing the analogies, metaphors, and imagery that make his writing accessible to the public. He wrote in Persons and Places (1944) that, because his family included blue-sea merchants, he early learned to think of the world as dominated by salt water. This means, he said, that we find ourselves living in a treacherous wasteland, a world of forces not interested in us.

His maritime voyaging may seem to have had an inauspicious beginning, but he found it invigorating. He writes in Persons and Places that he was deathly ill for three days when, still a child, he was taken on a small ore ship running from Bilbao to Cardiff. But, he says, seasickness “purges the system of its poisons” (130). He recovered quickly, and the experience was one of those later causing him to write a paean to the physical and spiritual coziness of life at sea and its lesson that, subject to forces though we are, we may be led by them to understand our place in the universe.

At age nine he was taken on the first of his many crossings of the Atlantic. This was a twelve-day trip from Liverpool to Boston, beginning 4 July 1872. The ship was the Cunard liner Samaria, a 3,000-ton “old tub” of a steamer that, like many ships of its day, used auxiliary sails (this Samaria is not to be confused with the later 20,000-ton liner of the same name). Though Santayana was again thoroughly seasick, a young Irishwoman took care of him. He made his first crossing without a family member or friend in June 1882, when he was nineteen, sailing from New York to Antwerp on his way to Spain, his youth prodding him to take the cheapest ships rather than the most direct. He does not name this ship but says that it was a “second-rate” vessel of the Red Star Line (204). He was again “dreadfully” seasick, but a “Mrs. X” and her nineteen-year-old daughter looked after him. Writing of this experience, he reflects that the nightmare of seasickness will pass and leave the sufferer stronger for having endured it. By 1912, established as a Harvard professor of philosophy and an idealist poet, Santayana could afford travel on newer, larger liners. He crossed the ocean in January of that year on the Olympic (built 1911), sister ship of the Titanic. At 46,000 tons, the Olympic was big enough to ride out the wintry gales of the North Atlantic without troubling its passengers.

In his acceptance of mal de mer, Santayana shows a strength of will that appeared again in his ultimate reflections on his travels, My Host the World (1953). He first observes, “Ideals are relative to the will.” That is, they may be altered by intellect and temperament. The intermingling of delight in the physical and the mental or spiritual appears in his summary of the causes for his “passion for travel.” He says that these are aesthetic (love for change and the picturesque), satirical (recognition that “the gods” laugh at this world), and love of contrast (especially as travel exposes the dullness of life at home). The traveler must use the brain, must be accurate in sense impressions, and should be “an artist recomposing what he sees.” The goal is not to collect exotica but to arrive at a “corrected view of the truth” (33- 35).

Understanding himself as a voyager, Santayana seeks answers to such puzzles as the reason for pairing our bodies with what he terms spirit, a uniting of irreconcilables. Spirit is perhaps superior yet can exist only in a body. He also thinks philosophy should give humankind a set of clear, rational aims. In both argument and statement, he draws on the sea. The dangers of ocean travel, he says, present to us the perils inherent in all existence. He speaks of intellectual failures as wrecks and compares the world to a cockleshell adrift on an overmastering force.

Several pieces in Soliloquies in England and Later Soliloquies (1923) muse on the importance of seawaters or use maritime settings. “Praises of Water” reflects on the hypothesis that all life began in the oceans, concluding that living creatures still have a “watery core” that compels them to flow through life. The tide of “The Voyage of the Saint Christopher” alludes both to Columbus and to the patron saint of travelers, St. Peter. The poet sets out on a sea voyage hoping to find heaven. His own faults and foibles and those of his shipmates bring on two mutinies, in which most of the crew go ashore.

Santayana lived out his last eleven years in Rome. He remained the voyager, though his seas were now those of the intellect and the imagination. To the end, memories of shipboard days informed his reflections on existence and destiny.

“Soliloquies in England and Later Soliloquies” (1923)

This entry was posted in S and tagged 20th Century, Nonfiction, Poetry. Bookmark the permalink.