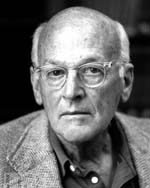 HOUGH, HENRY BEETLE (1896-1985). Editor of the Vineyard Gazette on the island of Martha’s Vineyard from 1920 almost until his death, Henry Beetle Hough was the grandson of a sea captain. He was born and raised in the whaling city of New Bedford, where his newspaper-editor father serialized Moby-Dick (1851) in the Standard in 1912. That city, Herman Melville, and especially the rhythms of island life became recurrent themes in Hough’s nonfiction books and eight novels. The New England Story (1858), set in a contemporary coastal town, depicts a fictional search for the truth about a whaling captain; though Story is a conventional romance, the figure of Captain Enoch Adams, the quest theme, and narrative evasions recall aspects of Moby-Dick.

Best known for Country Editor (1940), Hough drew on family lore as well as research for two books for young readers, Great Days of Whaling (1958) and Melville in the South Pacific (1960). His historical writings include Martha’s Vineyard, Summer Resort 1835-1935 (1936), Whaling Wives (with Emma Whiting, 1953), and Far Out the Coils (1985), a personal account of Vineyard history that laments both the cruelty of whaling and the threat of commercial growth.

An active conservationist, Hough was increasingly occupied during his last two decades in battling real estate developers, polluters, and the McDonald’s restaurant chain, among other threats to island culture and values chronicled in the autobiographical Mostly on Martha’s Vineyard (1975), To the Harbor Light (1976), and Soundings at Sea Level (1980). His collections of essays about Martha’s Vineyard include two collaborations with noted photographers: with Alfred Eisenstaedt in Martha’s Vineyard (1970) and with Alison Shaw in Remembrance and Light (1984). These books and the Sheriff’s Meadow Foundation, which he founded in 1959 to preserve fragile open spaces, are legacies of Hough’s strong sense of nature and of place.