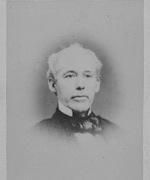 DISTURNELL, JOHN (1801-1877). A printer and book dealer, as well as librarian of the Cooper Union, John Disturnell, who lived most of his life in New York City when he was not traveling, was a prolific writer of travel books and guides to travel in North America. His first and his last books focus on travel in New York and the East, but The Western Traveller (1844) describes travel by canal boat to Buffalo and by steamer from Buffalo to Detroit and Chicago and is essentially a guide to shipping lines and routes. In 1857, with A Trip through the Lakes of North America, Disturnell writes in the tradition of Thomas Jefferson’s Notes on the State of Virginia (1787). Here, within the framework of the description of an apparent single journey, Disturnell combines statistical information on the economy and information on the development of the Great Lakes with descriptions of points of interest and historical events, human interest anecdotes, and observations on the sociology and geography of the region. The work provides a vivid portrait of the Lakes region as it was taking its place as part of the national whole, and it remains a valuable source of information.

Disturnell followed A Trip through the Lakes of North America with two other books on the Lakes, The Great Lakes or Inland Seas of America (1865), a shorter, revised version of the former, and Island of Mackinac (1875). He concluded his concern with travel on the Lakes with Sailing on the Great Lakes and Rivers of North America (1874) and broadened his venue with Around the Continent and around the World (1873). It is sometimes difficult to tell exactly how much of the last book is based on his own travels, and at times it threatens to become a steamer schedule and railroad timetable.

In a great age of travel writing, Disturnell was a prolific leader; his works remain valuable sources of information about that age, as noted in David D. Anderson, “John Disturnell Introduces the Great Lakes to America,” Inland Seas 18 (Summer 1962): 96-106. by David D. Anderson (2000)

The Great Lakes or Inland Seas of America (1865)

Sailing on the Great Lakes and Rives of North America (1874)

A Trip through the Lakes of North America (1857)

This entry was posted in D. Bookmark the permalink.