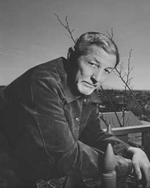 CONNELL, EVAN S[HELBY]., JR (1924-2013). Born in Kansas City and educated at Dartmouth, Columbia, and Stanford, Evan S. Connell Jr. remains best known for his novels Mrs. Bridge (1959) and Mr. Bridge (1969). Connell wrote the screenplay of the 1990 film adaptation that combined these two titles; it was directed by James Ivory and starred Paul Newman. He has also written several works about the sea, including two volumes of poetry, Notes from a Bottle Found on the Beach at Carmel (1963) and Points for a Compass Rose (1973). A Naval Air Force veteran, Connell criticizes the military in The Patriot (1960), the story of Melvin Isaacs, a misfit in the air force who finally crashes his plane and is discharged. At the end of the novel, Isaacs refuses to fight in the upcoming war between the United States and the Soviet Union, a pacifist in defiance of his father’s militarism.

Connell describes the Antarctic expeditions made by Apsley Cherry Garrard, Sir Douglas Mawson, Roald Amundsen, and Robert Scott in The White Lantern (1980), a collection of nonfiction travel accounts. The title refers to Antarctica’s great ice sheets, which radiate light into space, a phenomenon that astronauts term a “white lantern.” In the same collection, Connell describes Norse journeys to America, as well as King Gustavus Adolphus’ fated dreadnought Vasa, the intended flagship for his armed forces that sank only one mile out of port.

Connell has also written war stories about navy bombers, including “Crash Landing” and “The Yellow Raft,” as well as sea-related stories like “The Caribbean Provedor,” “The Cuban Missile Crisis,” and “The Fisherman from Chihuahua,” all reprinted in The Collected Stories of Evan S. Connell (1995). “The Fisherman from Chihuahua,” in fact, glosses Connell’s method in his two collections of poetry. As Pendleton, the story’s principal character, suggests, the beach attracts the detritus of ocean currents. Connell uses “beach” and “compass” as metaphors for serendipity; hence, his epic-length poems are the repositories for historical and cultural artifacts that randomly wash up on the shore, for which readers are invited to construct their own narrative.

Notes from a Bottle Found on the Beach at Carmel (1963)