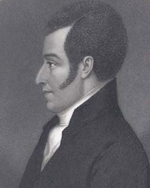 COKER, DANIEL (1780-1846). The son of a white servant and a black slave, Daniel Coker was born in Maryland as Isaac Wright, changing his name when he escaped to New York. After buying his freedom, he moved to Baltimore to be a minister, teacher, and abolitionist. Coker helped create a separate Methodist church for blacks, later named the Bethel African Methodist Episcopal Church. He wrote several pamphlets, including A Dialogue between a Virginian and an African Minister (1810). In 1816 the newly formed African Methodist Episcopal Church elected Coker its bishop, but he resigned the next day. Coker sailed to Sierra Leone in 1820, settling in Africa as part of the American Colonization Society’s effort to establish a colony for the emigration of free blacks and to provide support for ships working against the slave trade.

In 1820 Edward J. Coale published the Journal of Daniel Coker, a Descendant of Africa: from the Time of Leaving New York in the Ship Elizabeth Capt. Sebor on a Voyage for Sherbo in Africa in Company with Three Agents and about Ninety Persons of Colour . . . with an Appendix. Coker writes with a devoted, religious tone. He describes a storm that separates the Elizabeth from the ship of war meant to accompany her. The next day they discover a wrecked and deserted vessel with all hands apparently lost. After thirty-four days at sea, the Elizabeth drops anchor in Freetown, Sierra Leone. Coker chronicles his experiences ashore and sailing the coast, including observations of the slave trade. He hears a story about an illegal Spanish slaver who poisoned 400 Africans when the vessel was discovered by an English ship: only 6 survived.

A Dialogue between a Virginian and an African Minister (1810)