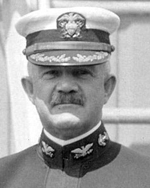 Between 1907 and 1922 Beach wrote thirteen juvenile novels, all with naval settings. Most of these might be said to have the common theme of “how to become a naval officer.” The Annapolis series (1907-1910) includes one novel (An Annapolis Plebe. . . ) for each of the four years that midshipmen spend at the Naval Academy. The four Ralph Osborn books (1909-1912) (Ralph Osborn: Midshipman at Annapolis. . . ) follow Osborn from midshipman, to ensign, to lieutenant. His Roger Paulding novels (1911-1914), on the other hand, show the protagonist rising through the enlisted ranks to a direct commission. Finally, Dan Quin of the Navy (1922) conveys the trials and success of a seaman. Retiring from his final duty station as commandant of Mare Island Navy Yard in California with the rank of captain in 1922, Beach served as city clerk and assessor of Palo Alto, California, until 1938. Beach died in Oakland, California.