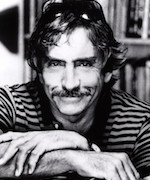 Seascape (first perf. 1975; pub. 1975), which won for Albee the 1975 Pulitzer Prize, is also set on an indeterminate beach. Mixing realistic detail with fantasy, this play dramatizes the intrusion of two sea lizards, one male and the other female, into the lives of a middle-aged married couple on vacation. Serving as metaphor for the individual and collective unconscious, the sea becomes the site of rite of passage and regeneration for both the reptilian and human couples. For Nancy and her spiritually depleted husband, Charlie, encountering the alien sea creatures allows for the reemergence and maturation of repressed psychic energies. Similarly, the surfacing of the lizards from the primordial ocean depths represents an evolutionary development in the lizards’ acquisition of social, linguistic, and emotional capacities. Ultimately, the seascape functions as artifice, as well as setting and metaphor. Just as Nancy busies herself painting the seascape that is her and the play’s immediate reality, the play itself unfolds on a ritual site, upon which language and image coalesce in both panoramic and intimate detail. Although a lesser work, Finding the Sun (first perf. 1983; pub. 1983) reconfirmed Albee’s interest in the sea as a metaphor for psychosexual and social passages. In this one-act play, eight characters, most of them related, sit on a sunny New England beach and converse about themselves and their tangled interrelationships. Here, Albee is most concerned with infusing the play’s structure and language with the dramaturgical equivalent of the ocean’s sensory, particularly aural, properties.

This entry was posted in A and tagged 21st Century, Atlantic Ocean, Plays, Science Fiction. Bookmark the permalink.