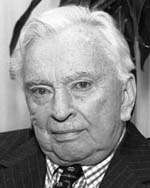 VIDAL, GORE [EUGENE LUTHER] (1925-2012). Gore Vidal was born in West Point, New York, attended Philips Exeter Academy in New Hampshire, and served in the army during World War II. A novelist, playwright, and essayist, he occasionally employs maritime settings in his work. In Empire (1987), for example, the sea is an important venue for the expansion of America’s geopolitical presence in the Caribbean and the Pacific. In an early homosexual novel, The City and the Pillar (1948), the merchant marine provides the protagonist and other characters a vehicle for self-discovery.

Williwaw (1946), a sea story set in the Aleutians, is Vidal’s first novel, published shortly after his discharge from the army. Based in large measure on his wartime experience, this readable, occasionally suspenseful novel captures in realistically vivid detail the voyage of a small vessel from its home port to an outlying post in the chain. The book’s title alludes to a vicious Aleutian storm. Descriptions of high seas caused by winds in excess of 100 miles an hour, a broken mast, and chaos in general are convincing and engaging as Vidal traces the interactions of crew members and a few passengers. Tensions run high, as does paranoia, and there are superficial, yet effective, types such as a jaded skipper, an ambitious officer, salty crew members, and less-seasoned, less-committed draftees waiting for the war, or at least their tours in Alaska, to end.

Vidal captures a certain amoral pragmatism in the almost naturalistic death of the chief in charge of the engine room when, during a rather heated exchange with one of the mates, he falls overboard into the icy waters after being struck by a hammer tossed to, or thrown at, him. The mate’s failure to report a “man overboard” is treated with the naturalistic impersonality or detachment reminiscent of Theodore Dreiser’s clinically detached rendering of Clyde Griffith’s panicked, yet unemotional, response to Roberta’s drowning in An American Tragedy (1925).