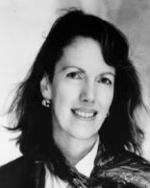 URQUHART, JANE (1949- ). Jane Urquhart was born near Lake Nipigon, Ontario, north of Lake Superior, where she spent the first five years of her life. Vivid memories of extended time on the north shore of Lake Superior drew her back to that locale in the early 1990s, when she began The Underpainter (1997). She had worked briefly for the Royal Canadian Navy, Halifax (1971-1972), but more important to her creativity were her summers on the south shore of Lake Ontario in an old frame cottage situated on Loughbreeze Beach, where large sections of each of her novels have been composed. In a letter to the author, Urquhart emphasized the necessity of having the sound of the lake in her ears in order to write well.

While the nineteenth century, her travels in Europe, her Irish heritage, and the British writers Emily Bronte and Robert Browning figure more prominently in her fiction, the Great Lakes form a compelling undercurrent. History and memory, landscape infusing the human psyche, obsessive love, and estrangement are her common themes. Her first novel, The Whirlpool (1986), is set on the Canadian side of Niagara Falls during the summer of 1889 and has two narrative threads. In the first, an undertaker’s widow maintains the family business, servicing “floaters” and other bodies whose deaths result from mishaps with the falls. In the second, a military historian’s research obsession blinds him to the eros developing between his wife and a young Canadian poet, simultaneously drawn to each other and to the falls. The poet’s suicidal plunge into the adjacent whirlpool emphasizes the book’s central theme of passion and destruction.

Two short stories in Storm Glass (1987) focus importantly on water. In the title story, a bedridden older woman, gazing through her window at the lake, begins to resolve a long-standing rift with her husband by contemplating, in a new way, the colored glass shards that storms have thrown upon the beach. In “The Boat” remnants of a pleasure craft washed up on an ocean beach provide several days’ activities for a couple and their visiting grandchildren and haunt their dreams at night.

Admiral Francis Beaufort and his wind scale figure slightly in the two tumultuous love affairs in Changing Heaven (1990). Rockwell Kent is a minor character in The Underpainter, which spans seven decades in the life of an American minimalist artist who paints his Canadian mistress in the reflected light of Lake Superior. Away (1993), Urquhart’s most dazzling use of the sea and its pull on the human psyche, opens with a young Irishwoman dragging a half-drowned sailor from the water. He dies in her arms but not before she has become possessed, “away,” with love for him. She marries someone else, survives the potato famine and an Atlantic crossing, and dies mysteriously in a vast Canadian lake. Three generations of her female descendants are subsequently haunted by mystical longings for what they cannot possess.

This entry was posted in U and tagged 20th Century, Atlantic Ocean, Fiction, Great Lakes. Bookmark the permalink.