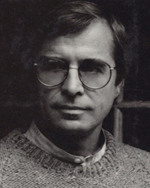 THEROUX, PAUL [EDWARD] (1941- ). Paul Theroux was born in Medford, Massachusetts, and received his B.A. from the University of Massachusetts in 1963. Having taught in Malawi, Uganda, and Singapore, he is a prolific novelist and travel writer who divides his time between wintering in England and summering on Cape Cod, a lifestyle that he describes in his essay “Summertime on the Cape,” collected in Sunrise with Seamonsters: Travels and Discoveries 1964-1984 (1985). The title piece concludes the collection and takes its name from an impressionist painting by J.M.W. Turner; it recounts Theroux’s island-hopping around Cape Cod in his skiff Goldeneye. Theroux followed the publication of his first novel, Waldo, in 1967 with twenty more, over a dozen nonfiction books, short story collections, and children’s books. One of his most successful works, The Mosquito Coast (1981), was adapted into a film (1986) starring Harrison Ford.

Theroux’s travel books have at times met with critical reaction. One reviewer commented that Theroux had mastered writing but not traveling. Kingdom by the Sea: A Journey around Great Britain (1983) was Theroux’s first travel book and appeared after he had lived in Britain for eleven years. He sailed the entire British coastline and recorded his observations in a largely negative manner, writing that Britons faced the sea as a way of turning their backs on their homeland. Sailing through China (1984) chronicled a trip down the Yangtze River with a group of wealthy tourists. Theroux presented a dismal and pessimistic view of China, stating that the Chinese people were oppressed by a life of agriculture and industry. A third travel book, The Happy Isles of Oceania: Paddling the Pacific (1992), followed Theroux’s divorce and his fear of being diagnosed with cancer. It chronicled the eighteen months that he navigated the Pacific islands in a kayak from New Zealand and Australia to Hawai’i. Considered by some to be Theroux’s best travel book, it is also perhaps his most adventurous.

Theroux’s journeys transport him by rail and by boat. His chronicles of adventures at sea, on rivers, and around the British Isles establish him as a best-selling travel writer. by Boyd Childress (2000)