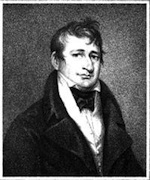 RILEY, JAMES (1777-1840). While on a voyage from Gibraltar to the Cape Verde Islands during the summer of 1815, Captain James Riley and his crew of the brig Commerce were shipwrecked on the barren coast of the western Sahara, where they were soon enslaved by wandering Bedouins. The Americans were bought and sold several times until Riley convinced an Arab trader to buy him and four others as a speculative investment, pledging his life that he and his companions could be ransomed for a considerable profit. The trader agreed to take them north across the desert to a European consul or merchant, and for the next three months the small group suffered great hardship as they journeyed to Mogodore, where the Americans were finally ransomed by William Wilshire, the British consul general. Riley returned to the United States and in 1817 published An Authentic Narrative of the Loss of the Brig Commerce.

A popular best-seller during the early decades of the nineteenth century, this narrative of shipwreck and enslavement caused an immediate sensation, and for a short period of time Riley became one of the best-known men in the United States. Translated into French and German in 1818, the book was republished in six other editions from 1818 through 1859. Nearly a million copies of the book are said to have sold before the Civil War. According to his biographers, Abraham Lincoln read Riley’s narrative as a child, and the book, a graphic account of white men enslaved by dark men, helped to convince him that slavery was morally wrong. For over a century Riley’s narrative was forgotten, but in 1965 it was edited by Gordon H. Evans and published under the title Sufferings in Africa: Captain Riley’s Narrative.

Riley assisted in publishing another North African shipwreck and captivity narrative, Judah Paddock’s A Narrative of the Shipwreck of the Ship Oswego on the Coast of South Barbary, in 1818. James Feminore Cooper used Paddock’s work as a source for Homeward Bound (1838). Riley also assisted one of his crew, Archibald Robbins, in publishing his narrative A Journal Comprising an Account of the Loss of the Brig Commerce (1818).

Upon his death in 1839 during a return voyage to Africa, Riley was buried at sea. Later, in 1851, Sequel to Riley’s Narrative: Being a Sketch of Interesting Incidents in the Life, Voyages, and Travels of Capt. James Riley was published twice in Ohio, one edition by A. R. Wright in Springfield and a second by George Brewster in Columbus. Although little known, Riley’s narrative remains one of the most important books in antebellum print culture.

Loss of the American Brig Commerce (1817)

This entry was posted in R and tagged 19th Century, First-person narrative. Bookmark the permalink.