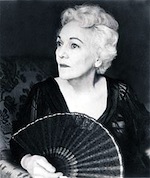 PORTER, KATHERINE ANNE (1890-1980). Callie Russell Porter was born in Indian Creek, Texas, into a poor family and died in Silver Spring, Maryland, early assuming her paternal grandmother’s name. Living in Mexico, New York, Paris, Germany, and Washington, D.C., Katherine Anne Porter concentrates on personal conflict in her writing regardless of its setting. She won the National Book Award and the Pulitzer Prize in fiction in 1966.

Porter’s most significant use of the sea in her writing is in Ship of Fools (1962), which took her twenty years to produce. She began the novel in 1941, although her ideas for it took shape even a decade earlier, the result of two events. The first was her 1931 sea voyage from Vera Cruz, Mexico, to Bremerhaven, Germany; the second was her 1934 reading of Sebastian Brandt’s fifteenth-century allegory Das Narrenschiff, from which she took the title of her novel.

The journey in Ship of Fools, a motif common in Porter’s work, is a literal voyage; in fact, Porter explained that the novel’s episodic plot was informed by the very movement of ships and the motion of waves. In particular, the plot centers on international travelers going from Mexico to Germany in 1931 aboard the German freighter Vera (“truth”). The passengers, trapped between the unhappy world they left behind and the happiness they anticipate at their destination, are suspended without the security of land.

The close quarters of the Vera serve Porter’s thematic purpose. Wilhelm Freytag, one of the passengers, reveals part of that purpose when he observes that most passengers behave as if they are still onshore. On ship, behaviors and actions seem intensified in a negative way. Given that distortion, Porter examines the polarities that define human existence, an existence divided between the novel’s central characters on the upper deck and Spanish deportees on the lower deck or steerage. Throughout their journey, the upperdeck characters essentially view those below with varying degrees of pity, fear, and disgust. Their failure to move beyond their self-serving isolation accounts for the novel’s pessimism. Porter’s travelers are morally desolate, and they end their voyage unchanged. by Jeraldine R. Kraver (2000)

This entry was posted in P. Bookmark the permalink.