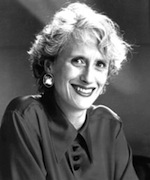 PARETSKY, SARA (1947- ). V. I. Warshawski, the protagonist in all of Sara Paretsky’s mysteries to date, is a private investigator in Chicago who pursues criminals. In some of her exploits, Warshawski traces them to the wharves, marinas, and beaches of the city; in several cases, as in Blood Shot (1988), she nearly loses her life on the shore of Lake Michigan. In Deadlock (1984), Warshawski investigates the death of a cousin whose body has been found floating near the wharf of the grain company that employed him. Her search leads her to travel aboard a Great Lakes freighter, narrowly avoiding being blown up along with it as it passes through the Soo locks; she later barely escapes death at the hands of the ship’s owner when she confronts him aboard his sailboat on Lake Michigan.

Critical episodes of the short story “Three-Dot Po” in Windy City Blues (1995) take place along the icy waters of Belmont Harbor, where, while jogging in winter, Warshawski finds a body, tracks the murderer, and, but for the help of a golden retriever named Po, almost drowns. The introduction to Windy City Blues is subtitled “A Walk on the Wild Side: Touring Chicago with V. I. Warshawski,” which begins with a description of a blue heron and presents a tour of the city, focusing on the lakefront. In this uncharacteristically poetic passage, Paretsky offers Lake Michigan as a metaphor for both the untamable and the nurturing in nature and in human relationships. by Mary DeJong Obuchowski (2000)

This entry was posted in P. Bookmark the permalink.