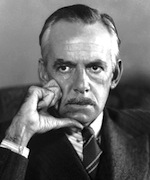 O’Neill was always attracted to the sea, beginning from his summers spent in New London, Connecticut, where his father bought Monte Cristo Cottage, overlooking the Thames River, which flows into the Atlantic. To this day, the cottage resounds to foghorns and sea noises. From an early age O’Neill had his own rowboat and later a motor dory. As a child he was famously photographed sitting with a pencil and notebook on a rock overlooking the water, now commemorated by a statue near the railway station.

After hospitalization for tuberculosis at Gaylord Farms, Connecticut (1912), he returned to a boardinghouse in New London, where he swam so frequently that swimming became his most important permanent physical activity. Most of his matrimonial residences overlooked the sea, at the old Coast Guard station at “Peaked Hill Bar,” Massachusetts; at “Spithead,” Hamilton, Bermuda; at the specially built “Casa Genotta,” Sea Islands, Georgia; in rented quarters at Puget Sound, Washington; in San Francisco hotels; and in the remodeled “Point o’ Rocks,” Marblehead, Massachusetts. His only residences lacking a sea view were Chateau du Plessis in France and “Tao House” overlooking the San Ramon valley of California. There in a world of then-unpopulated mountains, in a swimming pool apparently suspended in space, he reexperienced the rapturous and devastating experiences of his earlier life.

Attempting to escape his first marriage to Kathleen Jenkins, O’Neill went briefly to Honduras in May 1910 with the financial help of his father. After returning to New York in June 1910, he shipped aboard the Norwegian windjammer Charles Racine as a working passenger bound for Buenos Aires. He worked briefly on the German vessel Timandra and returned to New York in May 1911 on board the Ikala, soaking up the forecastle experience he was later to use in numerous plays. In July 1911 he shipped aboard the S.S. New York for England as able seaman, returning on her sister ship, S.S. Philadelphia; for many years he sported a sweater with that name.

O’Neill made extensive use of his sea experiences throughout his dramatic career, beginning with the one-act Thirst (first perf. 1916; pub. 1914), where three people die on a raft, followed by another one-act, Warnings (written 1913; rev. into the scenario S.O.S., 1917; pub. 1914), concerning a wireless operator who goes deaf, with disastrous results; this play recalls Joseph Conrad’s The End of the Tether (1913). The one-act Fog (first perf. 1917; pub. 1914) is also concerned with a raft of survivors, saved by the supernatural cry of a dead child that brings about their rescue.

O’Neill’s first Broadway success, Beyond the Horizon (first perf. 1920; pub. 1920) is also a “sea play,” about two brothers who reverse roles. The poetic younger brother renounces his escapist sailing vessel voyage, marrying the love of his older brother and ruining the family farm. He dies of tuberculosis, as the older one returns as a hardened sea-dog entrepreneur. The Personal Equation (no perf.; pub. 1988) has importance in its portrayal of the familial and political plot of a second engineer and his anarchist son, who attempts to destroy the vessel, only to end up as a brain-damaged vegetable. Anna Christie (first perf. 1921; pub. 1922), a successful play, concerns Chris Christophersen, the master of a coal barge, his daughter, Anna, formerly a prostitute, and Matt Burke, a shipwrecked sailor overwhelmed with Anna’s beauty. Eventually, they plan to marry. Here there is a repetition of the situation of Moon of the Caribbees, where the sea, in the tropics or off a foggy New England coast, exercises a mysteriously emotional and curative influence on the characters. Anna and Matt discover love and the necessity of marriage and companionship.

The Hairy Ape (first perf. 1922; pub. 1922) combines forecastle and political drama in eight scenes. This time O’Neill’s central character, Yank, is a stoker who celebrates his strength and importance as a man who makes a vessel move. As before, the forecastle, or stokehole in this play, is a universe in itself, populated by men who epitomize the history of the sea. In a stage set that evokes a prison, Yank celebrates his physical force as the source of power in a mechanized world, while Paddy the old Irishman regrets the passing of a simpler, romantic world where the pure strength of men was the motive force of sailing ships. Then it was man against the elements rather than man at the “bottom,” the mechanistic servant of filthy, polluting machines. Ridiculing Paddy’s sea chanteys and evocations of the world of sail, Yank celebrates his work in the stokehole in sexually charged words of rape as he shovels coal into the furnace that drives the ship. On deck the purity of the sea is shown in contrast to the exploitative and discontented universe of wealth. When those two worlds clash in the stokehole, as the passenger Mildred visits what she perceives as a zoo, Yank’s certainty is destroyed. His pride in his mechanistic cosmos is lost, and after experiencing his total lack of political power, he submits to the fatal embrace of a gorilla, finding in such a death a pessimistic fulfillment. The play was adapted for film in 1944.

In The Fountain (first perf. 1922; pub. 1926) the sea is the motivating force of discovery in the voyage of Christopher Columbus and Ponce de Leon. The Santa Maria, carrying corrupt and self-aggrandizing European colonists, brings oppression and disaster to Puerto Rico. Nonetheless, it leads Ponce de Leon to experience the purity of the world’s three major religions when he discovers in Florida the fountain of tripartite knowledge together with Beatriz, an evocation of Dante’s Beatrice. The play concludes by celebrating the salvific power of love.

The affirmative image of the sea as escape from civilization and the joy of primitivism come into fatal contrast with New England culture in Diff’rent (first perf. 1920; pub. 1922). In this play, the whaler Caleb experiences sex in a Pacific island community, only to be forced to pay for it through suicide after rejection by the puritanical New England woman he has continued to love. Later the musical motif of the trilogy Mourning Becomes Electra, (first perf. 1931; pub. 1931) is “Shenandoah,” a chantey expressing “the brooding rhythm of the sea.” In The Haunted, Orin Mannon tells of Lavinia’s discovery of sexual freedom in the sea-surrounded world of “The Happy Isles” in the Pacific Ocean, while Christine’s beloved in The Homecoming and The Haunted is the master of a sailing vessel.

The sea is also a world of competition, trade, adultery, and disaster in “The Calms of Capricorn” (written 1931; no perf.; no pub.), one of three surviving portions of O’Neil’s aborted cycle “A Tale of Possessors, Self- Dispossessed,” the others being More Stately Mansions (first perf. 1961; pub. 1982) and A Touch of the Poet (first perf. 1957; pub. 1957). In “The Calms” scenario, O’Neill develops the central theme of relentlessly possessive economic ambition and self-destruction within the Harford family when the sailing vessel Dream of the West is becalmed off gold-rush San Francisco, foiling the captain from surpassing the record of the clipper Flying Cloud.

Finally, in his most poignant and complex work, the posthumously performed Long Day’s Journey into Night (first perf. 1956; pub. 1956), O’Neill, in the persona of the autobiographical character Edmund Tyrone, conveys the psychic and emotional importance of the sea as the source of experiences that took him beyond himself, suspending him between earth and heaven, making him part of the sea, realizing life in a moment of “ecstatic freedom.” These events are recalled as a trinity of experiences. The first occurs on a sailing vessel, when he is lying on the bowsprit, looking back on the sails, and finds himself in unity with the vessel, the elemental ocean, and the moon and the stars. He recalls a second moment of affinity while sitting in the crow’s nest of an American Line steamer at dawn, with smoke pouring from its funnels, when he identifies with the journey of life, individual fulfillment, and “the last harbour.” Finally, swimming extraordinarily far out, he recounts his experience of beatitudinous revelation beyond the normal limits of humanity, momentarily glimpsing the secret of existence and becoming it. He returns to the mundanity of land-bound life, where he feels himself a permanent stranger, while his images of the sea permanently burn thenselves into the reader or playgoer’s experience. The play was adapted into film in 1962 (starring Katharine Hepburn and Jason Robards) and 1996.