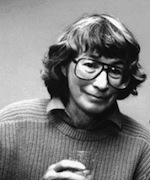 Some of Oliver’s cape poems straightforwardly, yet eloquently, depict that coast’s native flora and fauna. A few poems, for example, convey the inspiring physical beauty of sea creatures, from the majestic (“Humpbacks,” 1983), to the meek (“Whelks,” 1992). In “Mussels” (1979) and “Clamming” (1986), the poet vividly describes the creatures she harvests from the sea for food. Some of these poems do more than chronicle the commonplace, offering philosophical and spiritual insights realized during daily coastal walks. In “Starfish” (1986), for instance, the speaker learns how to love the earth, despite its limitations, by watching starfish flourish in their seemingly inhospitable sea habitat. In “The Sea” (1983) and “The Hermit Crab” (1990), the poet acknowledges that land-dwelling life forms not only began in the sea but will also return there. Several of Oliver’s cape poems, including “Clam Man” (1978) and “The Waves” (1986), feature portrayals of characteristic aspects of that coast’s folklife.

Most of these poems, as well as other of her related cape writings, appear in the collection New and Selected Poems (1992).