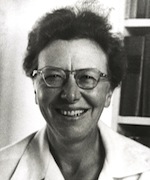 MOORE, RUTH (1903-1989). Ruth Moore was born on Gott’s Island, Maine, where she lived for thirteen years before moving to the mainland to continue her education. She graduated from New York State College for Teachers in 1925 but did not pursue a teaching career. She worked for a time in New York for the National Association for the Advancement of Colored People (NAACP) and later as an associate editor for Reader’s Digest. During her lifetime she published fourteen novels and two books of poetry. Her final book, The Tired Apple Tree (1990), a collection of poems, was published posthumously. It focuses largely on the inhabitants and legends of coastal Maine, with such pieces as “Skipper McBride,” “Remembrance of a Deserted Coastal Village,” and an extended narrative poem about English geographer and navigator Richard Hakluyt, entitled ” ‘For It May Be That Gold Is Not All.’ ”

Moore began her first novel, The Weir (1943), shortly after moving to California. Her characters in this work and in most of her others are Maine islanders and fishermen, much like her own ancestors, who live and die by the sea. Her fine eye for descriptive detail, much of which focuses on the sea environment, and her ear for local dialect place her in the tradition of regional realism. Her second novel, Spoonhandle (1946), was made into a film, Deep Waters (1948). Despite her belief that physical distance from her native region improved her ability to write about its coast and its people, she returned to Maine in 1947, where she built a house on Mount Desert Island and lived for the remainder of her life. One of Moore’s most popular books, Cold as a Dog and the Wind Northeast (1958), is a collection of ballads focusing on aspects of maritime myth as diverse as mermaids, missing fishermen of sunken ships, and the Old Man of the Sea.

Although out of print for many years, several of Moore’s books have been reprinted by Blackberry Press in Maine; in 1993 Sanford Phippen edited a collection of Moore’s letters, titled High Cloud’s Soaring, Storms Driving Low: The Letters of Ruth Moore.