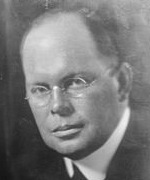 MERWIN, SAMUEL (1874-1936). Born in Evanston, Illinois, Samuel Merwin attended Northwestern University but did not graduate. His literary career began with the publication of two popularly acclaimed novels, The Short Line War (1899) and Calumet “K” (1901), written in collaboration with his boyhood friend Henry Kitchell Webster. Following the separation of this team, Merwin produced a steady stream of novels into the 1920s, when his interest turned to drama.

Many of his novels draw on Chicago and the greater Midwest for subject matter; three of these, published successively over a span of seven months, make effective use of the Great Lakes as settings and are of particular interest. In His Little World: The Story of Hunch Badeau (1903), the captain of a Lake Michigan lumber schooner loses his ship and its cargo in a storm off Manistee. The rough-and-tumble tactics of a large Chicago timber conglomerate used against a small Lake Michigan lumber company are recounted in The Whip Hand: A Tale of the Pine Country (1903). The Merry Anne (1904) tells the story of the captain and crew of a lumber schooner who unwittingly run afoul of a Chicago whiskey-smuggling ring in Lakes Michigan and Huron. by Robert Beasecker (2000)