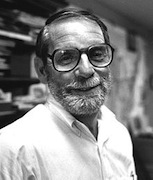 McPHEE, JOHN [ANGUS] (1931- ). John McPhee, master craftsman of nonfiction prose in more than twenty books and New Yorker articles beyond count, turned his attention to the sea in Looking for a Ship (1990). The subject is actually multiple: the decline of the U.S. Merchant Marine, a young mate’s frustrating search for his next berth, a tough, honest captain’s perspective on fifty years of seafaring, and an old container ship on a voyage down the west coast of South America. But while McPhee amasses facts and details, sorts and resorts them, and listens to the voices of officers and crew, these strands twist together, and the narrative advances and deepens as precise information about the ship and her men accumulates.

Contexts in every aspect of seamanship–navigation, ship handling, pilotage, stowage, storm strategy–the encumbrances of bureaucracy, and the dangers of piracy expand page by page, while extended portraits of Second Mate Andy Chase and Captain Paul Washburn, as well as shorter profiles of half a dozen other officers and seamen, grow incrementally through conversations. McPhee’s method is an arduous one, almost like that of a computer programmer piecing together bits of information, inventing possible chains, and testing alternative paths to create an accurate and accessible vision of the daily life of merchant sailors. If the text provides a view more from the bridge than the engine room, as some readers note, that view nevertheless comprehends the whole ship and her men, both afloat and ashore. The closing image of the S.S. Stella Lykes, “dead in the water” off Balboa with a fractured hull and power plant down, stands as an emblem of the whole narrative. by Robert C. Foulke (2000)