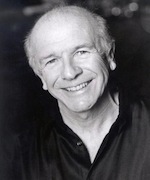 McNALLY, TERRENCE (1938-2020). Terrence McNally’s seriocomic dramas have won him acclaim as one of the most prolific playwrights of the 1990s, one particularly interested in the representation of gay men. Along with other dramatists who portray the healing and redemptive powers of nature for the urban character, McNally uses a popular seaside resort for his pastoral setting. In Lips Together, Teeth Apart (first perf. 1991; pub. 1992), the gay colony of New York’s Fire Island is the scene in which two married couples– John and Chloe, Sally and Sam–spend the Fourth of July weekend. While siblings Sam and Chloe relive childhood memories, Sally and John attempt to hide their night of passion from their spouses. John and Chloe hide the fact that John has incurable cancer. Sam and a pregnant Sally grapple with her history of miscarriages, Sam’s midlife crisis, and the appropriateness of their holding on to the summer house in a gay colony bequeathed to Sally by her brother, who has died of AIDS. McNally’s adeptness at humorously drawn characters overrides the occasional melodramatic effect, while his language and imagery achieve a poignant lyricism. This is nowhere more evident than in the memories of the ocean that become significant markers in the life of each character, shared in effusive exchanges that echo the rhythms of the sea.

Sealed off from the ocean’s expanse lies the pool, around which the play’s action takes place. If the ocean represents, as it does to Chloe, restorative powers of nature, then the pool–man-made, chemically treated, in which neither couple will swim–represents both emotional isolation and the irrational fear of AIDS. Thus, when both couples immerse themselves and share their anxieties and secrets, the water offers absolution. When at the play’s conclusion they view, along with their offstage and unseen neighbors, the Independence Day fireworks, the ocean becomes the site for a ritualized, communal experience in which individuals are joined to community and nation. Fire Island, the gay resort, serves as a liminal site mediating between civilization and nature and between the private and social realms.

McNally utilizes the pastoral genre and the recuperative power of water in two other noteworthy plays, Love! Valour! Compassion! (first perf. 1994; pub. 1995) and Dusk (first perf. 1996; pub. 1996). In the former, nocturnal skinny-dipping represents a healing and rebirth for a community of friends devastated by losses of all kinds, particularly due to AIDS. Dusk, the last in a triptych of short plays set on a beach, by McNally, Joe Pintauro, and John Guare, was produced under the title By the Sea, by the Sea, by the Beautiful Sea (1996).

This entry was posted in M and tagged 20th Century, audio, Plays, Science/Nature. Bookmark the permalink.