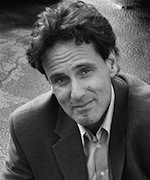 GUTERSON, DAVID S. (1956- ). Born in Seattle, and residing on Bainbridge Island in Puget Sound, David S. Guterson is well aware of the nuanced lives of his fellow islanders. His haunting novel Snow Falling on Cedars (1994) vividly captures both the hard agrarian work of inland strawberry farmers and the gritty marine labors of the salmon fishermen. The omnipresence of the sea is the central fact in this, Guterson’s principal work. He argues in his essay “The Citizens of Paradise” (1996) that a divided island psychology develops from the realization that one is “surrounded by water” and that one feels both imprisoned and secure at the same time. This paradox underwrites the emotional undercurrents of Snow Falling on Cedars.

The novel’s action centers on the trial of Kabuo Miyamoto, grandson of a samurai warrior who had committed ritual seppuku. Miyamoto, a salmon fisherman who has been accused of murdering a man on his boat, embodies the strong desire to achieve the American Dream, even as he struggles against antiassimilation sentiment. The novel’s characters individually assess Miyamoto’s guilt or innocence in light of their past experiences with him, his family, and the island’s Japanese residents. Of particular interest is Ishmael Chambers, a war veteran and Amity Harbor’s newspaper publisher, who has been in love with Miyamoto’s wife most of his life and whose penetrating analysis of Coast Guard lighthouse logs saves Miyamoto’s life. A psychic healing both liberates Ishmael from the past’s imprisoning grip and mends emotional wounds of the town’s intimately-connected populace. The novel won the Faulkner/PEN prize in 1995 and was adapted into film in 1999.

Guterson’s short story “The Drowned Son” (1996) presents a man, not unlike Ishmael Chambers, who must confront his grief and guilt after his son drowns at sea. Guterson’s Seattle roots keep him in touch with the Northwest’s coastal and seascape beauty, which infuse the lives of his gently philosophical characters. by Jeffrey Cass (2000)

This entry was posted in G and tagged 20th Century, Fiction, Short Story. Bookmark the permalink.