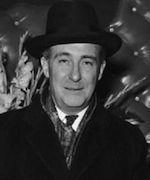 GOODRICH, MARCUS [AURELIUS] (1897-1991). Novelist Marcus Goodrich was born 28 November 1897, in San Antonio, Texas. Enlisting in the navy in 1916, he served initially in the Philippines aboard the destroyer U.S.S. Chauncey. With the outbreak of World War I, the Chauncey was sent to the Atlantic, and Goodrich was aboard on 19 November 1917, when she collided with a merchant ship while escorting a convoy and went down with the loss of twenty-one men, including the captain. Serving throughout World War I, Goodrich became a naval aviator before leaving the service in 1920. After attending Columbia University while working as a Broadway stage manager and newspaperman, Goodrich became a professional journalist.

In 1926 he began, in earnest, work on his novel Delilah (1941), based on his experiences aboard the Chauncey in the Philippines and ending as World War I begins. Writing Delilah took him fourteen years, during which he supported himself with newspaper work, advertising copywriting, and writing “treatments” for Hollywood movies. His treatments include Navy Born (1936) and It’s a Wonderful Life (1947). Finally published on the eve of America’s entry into World War II, Delilah became a best-seller. Goodrich returned to active duty in World War II, serving in the Mediterranean and Pacific and ending the war as a lieutenant commander. Delilah was his only novel, though for the rest of his life he indicated that he was polishing the sequel. The last of Goodrich’s five marriages (1946-1952) was to actress Olivia de Haviland. He died in Richmond, Virginia.