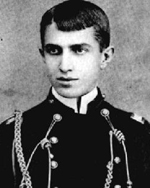 CRANE, STEPHEN (1871-1900). Stephen Crane’s first extended trip at sea ended in a shipwreck less than thirty-five hours after he left the Florida coast, forcing Crane and three other crew members to struggle toward land for almost thirty hours, crammed into a small dinghy, inches removed from the rough and chilly seas. Nearly all of Crane’s writing about the sea was inspired by this incident, and although Crane’s sea experience and his writing about the subject were limited, his impact on American sea fiction has been significant. Many critics and scholars consider his mythical story “The Open Boat” (1898) one of the best examples of American sea fiction and American short fiction ever written.

Crane was born in the port city of Newark, New Jersey, and moved to Port Jervis, New York, when he was seven and to the ocean resort of Asbury Park when he was twelve. When he was seventeen, Crane began writing about the coastal life of Asbury Park during the summer resort season, contributing the stories to his brother’s news reporting agency for the New York Tribune. During this period Crane also wrote several short works that illustrate an almost prophetic interest, as biographer R. W. Stallman has put it, in disasters at sea.

In the waning hours of New Year’s Eve, 1896, Crane joined the crew of the S.S. Commodore as the ship left Jacksonville, Florida, for Cuba, loaded with weapons and supplies to support the Cuban insurrection against Spain. Twenty-four hours later, the ship began taking on water, and by seven the following morning the Commodore was at the bottom of the sea, sixteen miles outside of Mosquito Inlet on the Florida coast. Crane (a news reporter), an injured Captain Edward Murphy, Charles B. Montgomery (the ship’s steward), and William Higgins (an oiler) were among the last to abandon ship, making use of the ten-foot dinghy, the only “life boat” left. Over the next thirty hours, Crane and Higgins faced the delicate task of changing positions in the nearly submerged boat so that they could take turns rowing toward a safe landing point. During much of the ordeal, the four crew members were in sight of land, sometimes even spotting and signaling toward people on shore. The tidal waters along the coast were too harsh, however, to attempt a landing until the early morning hours of 3 January, just off of Daytona Beach, Florida. Due, in part, to the political intrigue of the failed covert operation, the mysterious circumstances surrounding the sinking, and the fact that a well-known writer was a surviving eyewitness, newspapers across the United States featured accounts of the incident, including Crane’s own widely syndicated article, “Stephen Crane’s Own Story,” which appeared in the New York Press on 7 January 1897.

Many survivors recounted flattering, almost heroic images of Crane’s composure and bravery throughout the ordeal. In a New York Press article written two days after the sinking, Captain Murphy praised the novice seaman, claiming that Crane had behaved like a “born sailor” who wasn’t affected by the pitching waves that had sickened many of the Commodore‘s more experienced sailors. Despite the rough seas, Murphy claimed, Crane remained on deck at the captain’s side and later was instrumental in helping to ready and launch lifeboats from the foundering vessel. The captain also praised Crane for his efforts in helping to row and direct their dinghy to land and his calm behavior in the final seconds when their boat swamped, and they were forced to swim to shore. Crane enjoyed this fame, especially the favorable accounts of his behavior throughout the disaster. When a nine-year-old asked Crane, recovering from the ordeal in a Jacksonville hotel, to sign her autograph book, he inscribed, “Stephen Crane: Able Seaman, S.S. Commodore.”

After having recovered, Crane carefully composed his short story “The Open Boat,” now recognized as a masterpiece for its methodical, detailed depiction of four men stuck in a tiny boat and how they perceive the hostile world around them as they fight for survival. As the men come to realize that God, nature, fate, and even other human civilization fail to sympathize with, or even to recognize, their plight, they turn to each other in a bleak solace of brotherhood. The correspondent questions the meaning of his life with the famous refrain: “If I am going to be drowned–if I am going to be drowned–if I am going to be drowned, why, in the name of the seven mad gods who rule the sea, was I allowed to come thus far and contemplate sand and trees?” Crane’s ironic answer is dramatized in the disastrous landing when the Oiler, clearly the strongest and most fit of all on board, drowns, his body discovered face down, just inches from dry land. When The Open Boat and Other Tales of Adventure appeared in 1898, it was greeted with much critical acclaim by writers such as Harold Frederic, Joseph Conrad, and H. G. Wells.

Crane’s dramatic experiences inspired him to write works about the sea, including a syndicated article of 2 May 1897, “The Filibustering Industry,” the short story “Flanagan: And His Short Filibustering Adventure” (1897), and many poems, notably “A Man Adrift on a Slim Spar” in War Is Kind (1899). After 1898, Crane contributed little more to sea fiction, though his few remaining years were filled with sea experiences. He logged many hours sailing to and from the shores of battle zones as a war correspondent, first in Turkey and Greece, where he wrote about the awesome power of modern navies, and later in Puerto Rico and Cuba, where he observed and wrote about the landing of troops at Guantanamo Bay.

Crane’s limited time at sea affected him deeply, and in the final weeks of his brief life, his sea experiences continued to grip his mind. While waiting to cross the English Channel for treatment of his chronic tuberculosis at a German sanitarium, the bedridden Crane is said to have spent hours watching the boats sailing back and forth from Dover. In his final conscious hours before he died, Crane experienced feverish dreams taking him back to the Commodore incident, as recorded in a letter written by his common-law wife, Cora: “My husband’s brain is never at rest. He lives over everything in dreams and talks aloud constantly. It is too awful to hear him try to change places in the ‘open boat’!” (Crane Log 442).

The Open Boat and Other Tales of Adventure (1898)