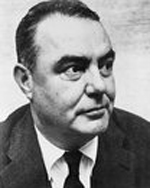 COZZENS, JAMES GOULD (1903-1979). Born in Chicago, James Gould Cozzens lived for a time on Staten Island. Educated at the Kent School and at Harvard, he left college after completing a first work, Confusion: a Novel (1924). After several immature novels, Cozzens found his stride in the 1930s with a controlling theme of societies operating under a reasonable system of rules and authority frequently challenged by human defects and misbehavior. The Just and the Unjust (1942) offers full and careful descriptions of locale and occupations, informing and giving body to his plot, in this case the legal profession. Guard of Honor (1948), a carefully plotted story of the air corps during wartime, received the Pulitzer Prize. By Love Possessed (1957) delineates the public and private life of a lawyer and outlines life in the small town where he practices; film adaptations were 1961, starring Lana Turner, and 1983.

A brief novel, S.S. San Pedro (1931), set aboard an ocean liner, is usually considered Cozzens’ first mature story. The maritime disaster that sinks the S.S. San Pedro is the result of human flaws in the face of implacable natural forces. The ship sails with a list to port, an error in judgment that will cost dearly. The captain is ill and should not be in command. As the troubles of the ship mount, discipline begins to break down, and members of the crew disobey orders, so that a workable and necessary system of order and authority cannot hold the fabric of the social group together. Ironically, a ship that could have saved passengers and crew sails by within easy reach, unaware of the ship’s distress, while other ships notified of the tragedy are too far away to help.

Another novel, Castaway (1934), can be seen as an allegory that parodies a common theme in sea fiction, the castaway marooned on a desert island. The protagonist, a Robinson Crusoe figure, is “marooned” in a large department store, deserted, and without human contact. His search for arms and food, his building of a fort for protection, and his ineffectual attempts at survival allow Cozzens to play upon an important motif in sea literature.

This entry was posted in C and tagged 20th Century, Fiction. Bookmark the permalink.