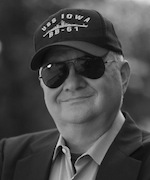 CLANCY, TOM (1947-2013). The Hunt for Red October (1984) was Tom Clancy’s first published novel, catapulting him to celebrity. Fast-paced action, subtle character development, and accurate and abundant technical information make this a suspenseful and convincing story, one more focused on the sea than this popular author’s other novels. It is a tale of the surrender of the largest, most threatening Soviet supersubmarine ever manufactured, commanded by Marko Ranius, who leads the defection. The stakes are high for both Cold War superpowers, as is always the case in post-World War II versions of this genre: the technology that Ramius controls is of critical strategic importance to the Soviets and Americans. A 1990 film adaptation starred Sean Connery and Alec Baldwin.

Other Clancy novels, such as The Cardinal of the Kremlin (1988), which involves another submarine, andClear and Present Danger (1989), which develops the character of Jack Ryan–formidable Central Intelligence Agency (CIA) agent, Vietnam veteran, and navy SEAL (SEa-Air-Land)– are set partially on water, the latter on Chesapeake Bay, where the search for drugs and their lords and peddlers drives the action. The 1994 film adaptation of Clear and Present Danger starred Harrison Ford.

Precluded by poor eyesight from serving in the military, Clancy has acquired his wide-ranging, sophisticated knowledge of technology and military and foreign affairs strategies from unclassified public documents, a fact he again demonstrated in Submarine: A Guided Tour inside a Nuclear Warship(1995). by Donald Yannella (2000)