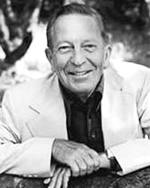 A belief in the spiritually curative benefit of the sea is expressed by several of Cheever’s characters. In “Brimmer” (1959), the narrator suggests that relationships filled with tension on the land can be escaped in the water. In “Goodbye, My Brother” (1951), swimming in the sea allows members of a family to suppress dislike of their brother; when they emerge from the waters, their words are filled with kindness for him. The narrator of the story suggests that the act of swimming in the sea has an effect like baptism, cleansing human spirits of negativity.