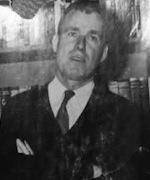 BRINKLEY, WILLIAM CLARK (1917-1993). Two of William Clark Brinkley’s books, Don’t Go Near the Water (1956) and The Ninety and Nine (1966), are based on his four years of experience in the U.S. Navy during World War II. Don’t Go Near the Water is not a “sea” story exactly, but it is a navy story: a hilarious tale of incompetence, bureaucratic bumbling, and a touch of romance in the life of a public information officer on a Pacific Island during World War II. It was made into a movie of the same title in 1957 starring Glenn Ford. The Ninety and Nine thoughtfully presents the tragic story of the lives and loves of the officers and crew of a landing ship tank (LST) in the Mediterranean during the Italian campaign.

A third novel by Brinkley, The Last Ship (1988), is a masterful tale of suspense set on the last existing U.S. naval vessel after the nuclear war. With echoes of Neville Shute’s On the Beach (1957), Brinkley weaves a masterful story of the hopes and fears of the surviving crew of 152 men and twenty-six women aboard the Nathan James, their voyage past the blighted coasts of Europe and Africa, and their strange encounter with a submarine, the last existing naval vessel of the Soviet Union.

This entry was posted in B and tagged 20th Century, Fiction, Navy/Coast Guard. Bookmark the permalink.