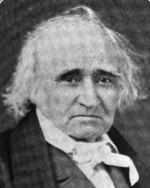 BRACKENRIDGE, HENRY MARIE (1786-1871). Henry Marie Brackenridge, writer, lawyer, legislator, and diplomat, was born in Pittsburgh, the son of well-known writer and jurist Hugh Henry Brackenridge. Most of Brackenridge’s career was devoted to legal work and wide-ranging writings on US. political, territorial, and economic expansion into the trans-Appalachian South and West. His most influential writings, however, stem from his interest in South American affairs.

In 1817 President Monroe made Brackenridge the secretary of a U.S. delegation commissioned to travel to South America and report on political affairs there. His account appeared in 1819 as A Voyage to South America, Performed by Order of the American Government, in the Years 1817 & 1818, in the Frigate Congress. The work is both a fascinating narrative of oceanic and landgoing exploration and a detailed and philosophically inflected survey of the political, economic, cultural, military, and educational institutions of the South American republics. Throughout Voyage, great emphasis is placed on republican institutions and values. But the economic engine behind republican freedoms, in keeping with Brackenridge’s liberal-progressive vision, is the maritime commerce and the gradual increase in living standards and opportunities that it creates. Noting that Spanish colonial policy monopolized the benefits of commerce, thereby impeding social progress, he observes that improved maritime commerce is essential to the political health of the South Americans.

Brackenridge appears in these works as a proponent of closer South American political and commercial relations and an advocate of liberal doctrines of maritime commerce as a key factor in social improvement and political progress. While he ended his career inland, retiring to his native Pennsylvania, where he died in 1871, his most important political achievements are linked to his literary rendering of his voyage of naval diplomacy and exploration.

This entry was posted in B and tagged 19th Century, Exploration, Nonfiction. Bookmark the permalink.