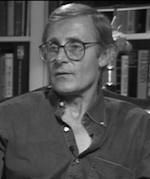 BENCHLEY, PETER [BRADFORD] (1940-2006). Born in New York City, Peter Benchley earned a B.A. at Harvard in 1961 and took up a career in travel writing, journalism, and government. He served in the U.S. Marine Corps Reserve from 1962 to 1963 and as a White House aide from 1967 to 1969. He turned to fiction with Jaws (1973), a novel that became director Steven Spielberg’s first blockbuster movie (1975). Jaws set the pattern for Benchley’s subsequent nautical thrillers: ordinary people encountering the terrors and mysteries of the deep–a great white shark, pirates, a giant squid–and, after a series of gruesome and violent deaths, discovering a new respect for the sea’s unfathomable horrors.

In Jaws, a latter-day version of Moby-Dick, a vengeful great white shark preys on summer visitors to a Long Island coastal village. Neither Quint, a brutal fisherman and the book’s Ahab-figure; Martin Brody, the town’s police chief; nor Matt Hooper, an icthyologist from Woods Hole, Massachusetts, can stop the immense fish. Local officials, concerned about the shark’s effect on tourism, refuse to acknowledge the threat, which only compounds the problem and provides more opportunities for bloody descriptions of shark attacks. In an apocalyptic finale, the shark devours both Quint and Hooper and swims off, presumably to kill again. Benchley’s most thrilling and tightly written novel, Jaws exploits traditional human fear of sea monsters with modern knowledge of shark behavior to lend credibility to its fast-paced narrative.

Benchley has had trouble replicating the success of Jaws, despite writing five more sea novels. The Deep (1976) describes a struggle for sunken treasure in Bermuda, with drug runners fighting honeymooning scuba divers over gold, jewels, and morphine ampules. The Island (1979) somewhat improbably imagines descendants of seventeenth-century pirates preying on modern tourists in the Turks and Caicos Islands. Both of these novels were made into movies (1977, 1980), with Benchley sharing in the screenplays, an activity he continued with the screenplay for the movie Jaws 3-D (1983). Benchley tried his hand at juvenile sea fiction in The Girl of the Sea of Cortez (1982), the story of a Mexican teenager who learns to live in communion with the animals of the sea. Simply told, as touching as a John Steinbeck parable, and sensitive to the beauty and fragility of marine ecology, this book contrasts sharply with Benchley’s usual emphasis on maritime terrors.

With Beast (1991) and White Shark (1994), Benchley returned to the sea monster myths and plot formula of Jaws. In Beast, a giant squid preys on human beings around Bermuda. Overfishing and pollution have weakened its natural enemies and allowed it to grow larger and more voracious. In White Shark, a humanoid amphibian fabricated by Nazi scientists revives from fifty years of ocean hibernation to terrorize people and marine life in Block Island Sound. Although brave heroes eventually kill both monsters, the creatures’ mere existence shows how human interference with the marine environment has upset the balance of nature.

Benchley grounds his novels in history, scientific research, and personal travel, which provide a measure of realism even to his tales of sea monsters. During his boyhood, he spent several summers on Nantucket Island, not far from the setting of several of his novels. He credits Jacques Cousteau, the treasure diver Kip Wagner, and numerous acquaintances for the maritime details in his fiction. His contributions to popular science publications and numerous appearances in television documentaries reveal his familiarity with the sea and ballast his fantastic plots with personal experience and fact.

This entry was posted in B and tagged 20th Century, Caribbean, Fiction, Island Life, Journalism, Science/Nature, video. Bookmark the permalink.