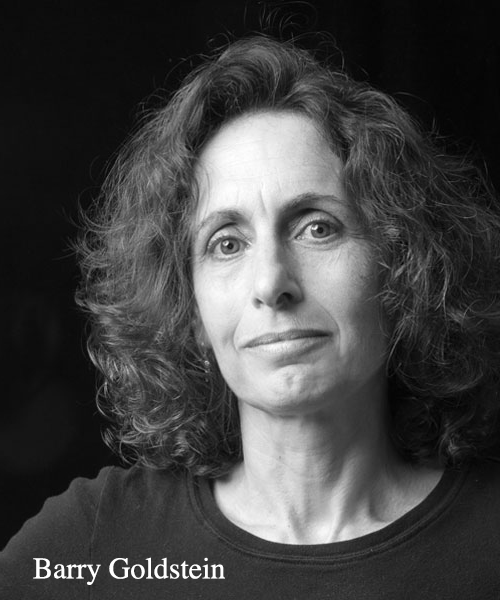 KOLBERT, ELIZABETH (1961-) Born in New York City, Elizabeth Kolbert is a preeminent literary journalist and author. After graduating from Yale University with a degree in literature in 1983, Kolbert studied at the Universität Hamburg in Germany on a Fulbright scholarship. Before joining The New Yorker as a staff writer in 1999, she worked at The New York Times. She currently lives and writes in Williamstown, Massachusetts.

Kolbert is best known for her reporting on science and environmental issues. In her writing, Kolbert frequently examines the relationship between organisms, people, and the sea in the context of climate change. Published in The New Yorker in the summer of 2005, her three-part series “The Climate of Man” describes the varied and disturbing consequences of anthropogenic climate change. Several of her other New Yorker articles focus on the ocean and coastal subjects, including “Watermark” (2006), which details the struggle of Southern Louisiana residents against rising seas and land loss; “The Darkening Sea” (2006), which discusses the consequences of ocean acidification and how scientists are responding; “The Scales Fall” (2010), which examines overfishing and long-term avenues for sustainable harvest; and “The Siege of Miami” (2015), which highlights the challenges sea level rise pose for Florida’s coastal communities. “The Darkening Sea” is featured in The Global Warming Reader (2011), edited by Bill McKibben.

Kolbert is the author of two books of environmental journalism: Field Notes from a Catastrophe: Man, Nature and Climate Change (2006) and The Sixth Extinction: An Unnatural History (2014). Field Notes from a Catastrophe (2006) expands upon many of her The New Yorker articles to provide a broader profile of the dramatic effects of global climate change. Of the fourteen chapters in the book, four engage explicitly with ocean matters: melting glaciers, ocean acidification, flooding, and the precarious future of the small Alaskan town of Shishmaref, which is threatened by sea level rise. In her work, even when not explicitly addressing the ocean, Kolbert stitches together a cohesive and alarming narrative of how the burning of fossil fuels is affecting the inextricably connected global ecosystem. In Field Notes from a Catastrophe, Kolbert summarizes in clear, urgent language the crisis of global warming, highlighting the ocean’s major role:

The retreat of the Arctic sea ice, the warming of the oceans, the rapid shrinking of the glaciers, the redistribution of species, the thawing of the permafrost—these are all new phenomena. It is only in the last five or ten years that global warming has finally emerged from the background “noise” of climate variability. And even so, the changes that can be seen lag behind the changes that have been set in motion. The warming that has been observed so far is probably only about half the amount required to bring the planet back into energy balance. This means that even if carbon dioxide were to remain stable at today’s levels, temperatures would still continue to rise, glaciers to melt, and weather patterns to change for decades to come.

In The Sixth Extinction Kolbert offers portraits of threatened and extinct species to illustrate the diverse and devastating impacts of climate change on flora and fauna. After providing a brief profile of historic extinction events, she ultimately implicates the human species for their role in the current one. Among the marine species featured in the book, both extinct and moribund, are ammonites, Great Auks, graptolites, and coral. In conducting research for The Sixth Extinction, Kolbert traveled around the globe to report directly from sites intimately affected by climate change. For her chapters “The Sea Around Us” and “Dropping Acid,” Kolbert visited Castello Aragonese, off the coast of Italy, and One Tree Island, on the Great Barrier Reef, to understand the impacts of ocean acidification on coral ecosystems. “The Sea Around Us” borrows its title from Rachel Carson’s 1951 masterpiece. As Rachel Carson effectively and elegantly communicated the science and beauty of oceans in the mid-twentieth century, Elizabeth Kolbert now works to document and translate for the general public the changing seas of the twenty-first century. Among many other accolades, Kolbert has received the Heinz Award (2010), the Guggenheim Foundation Fellowship in Science Writing (2010), and two National Magazine Awards (2006, 2010). The Sixth Extinction won the Pulitzer Prize for General Nonfiction (2014).

In The World’s ‘Sixth Extinction,’ Are Humans The Asteroid? NPR Interview with Elizabeth Kolbert (2006)

Field Notes from a Catastrophe: Man, Nature and Climate Change (2006)

The Sixth Extinction: An Unnatural History (2014)