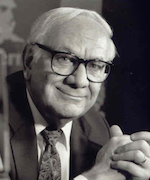 ARGENTO, DOMINICK (1927- 2019). Son of Sicilian immigrant parents, Dominick Argento won a Pulitzer Prize in music in 1975 for his mezzo-soprano song cycle From the Diary of Virginia Woolf. Argento has lived near water, and his works are inspired occasionally by the sea and frequently by literature. His chamber opera Postcards from Morocco (1971) uses the symbol of a ship resembling the Flying Dutchman, which carries a seeker forth on his quest for the meaning of life. He fashioned the monodrama for male voice A Water Bird Talk (1977) after John James Audubon and his opera The Aspern Papers (1988) after Henry James. His song cycle To Be Sung upon the Water: Barcarolles and Nocturnes (1974) is based on eight poems by William Wordsworth.

For his sacred oratorio Jonah and the Whale (1974), Argento used The Book of Jonah, 11: 2-9, the fourteenth-century medieval English poem “Patience, or Jonah and the Whale,” and traditional work songs and sea chanteys of the nineteenth century. This creates intentional anachronisms, such as when Jonah, sailing to the biblical port of Tarshish, breaks out in a traditional whaling song, “The Greenland Fishery.” Because Argento considers the Whale, not Jonah, to be the hero of the piece, he gives the Whale the best tune in the work (in a trombone solo).

The suspenseful opera The Voyage of Edgar Allan Poe (1976) casts a phantasmagoric maelstrom of Poe’s nightmarish life as a final voyage. In the first scene, Poe stands at a dock in Richmond, Virginia, awaiting a ghostly vessel commanded by Rufus Griswold; he goes aboard, where hallucinatory scenes involve Poe’s mother and the Allans. His child-bride Virginia Clemm sails by in a small boat, which Poe boards; another boat glides by, bearing Poe’s mother, who is seducing Griswold. Characters from Poe’s life transform into other characters amid a full-blown gale. Virginia sings “Annabel Lee” and dies. Appearing to Poe after death, she tells him of the otherworld, where “gold and silverfish swim through the river of silence” (11: 9). Poe, on a wharf in Baltimore, dies by her side in delirium, thinking that he has boarded a vessel, though no ship departs.

This entry was posted in A and tagged 20th Century, Multimedia/Multimodal, Whaling/Sealing. Bookmark the permalink.