Brunswick Corporation (BC) presents an attractive buying opportunity for long investors, offering aggressive bull upside potential if the firm is able to capitalize effectively on its industry-leading branding in the boating industry, a strong base case as a market leader expanding into higher margin businesses in a space with significant barriers to entry, and an opportunity investment opportunity as a hedge for cyclical downside environments. Modeling BC’s financial statements then discounting its projected future cash flows, I recommend a buy of BC at a price target of $120 within two years, a premium of 22% over its current stock price of $98.

BC is a travel and leisure company that designs and manufactures recreational boating equipment. Though BC’s historical roots are in consumer products generally, BC underwent an entire corporate shift in 2019 and is officially focused today on the boating industry exclusively. BC’s business lines can be segmented into Boats, Propulsion Systems, and Parts & Accessories. These business segments contributed 30%, 38%, and 32%, respectively to overall 2020 revenue of $4,407MM. That said, the company’s Parts and Accessories business is its fast growing segment, and the company is taking active steps to capitalize on the higher-margin segment. The company is headquartered in Mettawa, Illinois, and primarily operates its manufacturing and logistics facilities out of the United States, but also operates select manufacturing plants throughout Europe and East Asia.

The recreational boating market was valued at $35 billion USD in 2020 and is expected to grow at a 6.5% CAGR from 2021 to 2027. BC has nearly 13% of the total market share and continues to dominate the small-mid size yachting and fishing market, with leading brands such as Sea Ray and Boston Whaler. BC also controls the marine propulsion market, as its Mercury propulsion brand is the largest builder of propulsion systems in the world.

BC’s recent success in this industry is driven by its industry-leading propulsion systems and targeted acquisitions that drive synergies within its niche industry vertical. In the boating segment, products within the mid to mid-high-end recreational vehicles have been historically dominated by a few leading players such as Sea Ray and Boston Whaler. In the propulsion segment, BC’s subsidiary Mercury is one of the oldest and largest propulsion engines for marine vehicles. Of note, BC’s Parts and Accessories business is both its fastest growing segment, as well as its most profitable. Historically, margins within the boating and propulsion segments industry wide have been narrow, whereas margins within the Parts and Accessories segment have been historically wide. After all, if an owner cannot start their $2million yacht’s engine, they are willing to overpay on a $200 part to get the vehicle out on the water.

Generally, new boats are sold through independent dealers, meaning that players such as BC which can offer attractive recurring revenue opportunities, financing support, and marketing for dealers are often the brands that get their new boats on the showroom floor. Historically, owners have held onto marine recreational vehicles longer than other typical hobby investments such as cars and RVs, and the boating industry has a strong secondary market. Thus, while it is crucial for BC to first get customers to purchase boats, once a boat is out on the market, unlike other cyclical industries Brunswick is able to capture significant recurring revenue through its Parts and Accessories businesses.

I recommend a BUY in BC for the following reasons:

First, the COVID-19 pandemic pushed a significant portion of wealthy consumers to value recreational opportunities as they were stuck at home, or at their waterfront vacation homes, during quarantine, or while working from home. Many consumers, a significant number new to boating itself, will continue to purchase boats and need propulsion systems and parts. BC is uniquely able to cater to all aspects of downstream customer demand. Specifically, BC’s Parts and Accessories segment offers an attractive reason for investors to get excited. BC’s focus on Parts and Accessories highlights management’s focus on stickier, recurring revenue. This can act as a safeguard against cyclicality, in addition to aggressive upside opportunities as margins expand.

While the US market continues to dominate recreational boat spending, growing markets such as the Asia Pacific and Europe will drive some of the largest consumer demand over the next decade. As a result, competitors who possess the preexisting infrastructure and distribution systems will be the most capable of getting products to market to win over customers. BC recently solidified its supply chain with its acquisition of SemahTronix, a wire manufacturer for highly complex industries. In addition to shoring up supply chains for product distribution, BC is a step ahead of the competition when it comes to market awareness. For example,  BC’s recent acquisition of the boating club company Fanautic will enable it to better understand and market to Fanautic’s European user base. In fact, BC’s acquisitions are able to synergize well not just with BC’s leading brands, but with its other, targeted vertical integrations. As the last example of BC’s aggressive acquisitions practice, its 2021 acquisition of Navico, a Norway-based leader in OEM equipment internationally, will help BC penetrate the very markets that Fanautic plays toward. Navico reported revenues of $441MM in the 12-month period ending May 2021. Interestingly, Navico was bought at a 13x EBITDA multiple valuation and is now marked at a 10x multiple post-synergy, indicating an accretive acquisition for BC. Supporting this, BC management remains optimistic that the Navico acquisition will help their Parts and Accessories business exceed $2billion in revenues, and recall that BC’s Parts & Accessories business is their most profitable segment.

Recreational boating and all that is required thereof is not an industry easily entered, even more so than other traditional luxury, hobby markets. BC’s current and potential competition will be unable to penetrate the market at a rate at which to compete with BC’s entrenched branding and historical legacy without significant investment risk or unique niche market focus. Even if a competitor were to enter, BC’s aggressive acquisition strategy and historical acquisition synergies will cement BC as the acquirer of choice. In effect, these inorganic bolt-ons will likely make the moat more remote than it otherwise would have. Beyond its acquirer of choice status, BC’s consolidation indicates that it intends to build up its moat not just with suppliers, but also with customers. Incumbents have mindshare and opportunities to continually reengage with customers to determine future consumer demand. That said, one of BC’s largest and most current risks, which will be touched on in the next section, is the cyclicality of its industry segment. However, increasing mindshare in consumers is one way upfront to mitigate this risk.

BC’s revenue is almost solely driven by the manufacturing and sale of durable, capital-intensive products such as boat propulsion systems and entirely manufactured aquatic recreational vehicles. These products are typically highly procyclical with the economic health of consumers, as can be seen by the company’s beta of 1.84. While after the COVID-19 pandemic a rush of consumer spending helped drive purchases, it is entirely possible that a downturn in the markets caused by rising inflation rates and debt burdens may hamper future market penetration. That said, BC’s balance sheet cash assets make it strongly positioned to capitalize on a downturn instead of falling behind revenue targets. For a current example, look toward the hotel industry, a similarly cyclical market subject to economic conditions. Investors tended to shy away from the industry and industry leaders like Hilton (HLT), and this was even before COVID nearly wiped out the tourism industry.  But now Hilton is an entirely evolved company, reflected in its fast-rising stock price. As discussed, BC’s similar mindshare with customers, its vertical integrations, and shift of focus onto Parts and Accessories will help insulate it during economic downturns, and may actually offer a source of increased opportunity.

Historically, BC has maintained revenue growth through key acquisitions of both downstream manufacturers of boats as well as upstream acquisitions of OEMs. While the insular nature of the supply chain is helpful to maintaining and improving margins, BC would need to continue aggressively acquiring target companies to sustain a significant portion of its growth if it does not commit to R&D internally. Additionally, BC’s acquisitions today reflect its continued vertical integration. Even if these acquisitions were to not drive further growth in and of themselves, vertical integration will offer downside protection, shielding BC from revenue hits during economic downturns better than its competitors in the durable, capital-intensive industry.

BC’s short-term growth will be driven by its strategic acquisitions and aggressive marketing tactics. Two key acquisitions that BC has made recently are into the European Fanautic Boat Club and the global wire supplier SemahTronix. Additionally, BC’s appearances and wins at prestigious events such as the Cannes Boat Show have solidified its status as the market leader in recreational boating. BC’s management continually reemphasizes how it aims to utilize cash today to buy companies to grow EPS down the road. Based on the evidence provided by acquisitions like Navico and BC’s stock price strength, it seems that investors agree that management is successful in executing what it can and will continue to do.

BC’s long-term growth will be buoyed and supported by the stickiness of customer demand for recreational boating products as well as the ability to increase margins through control of the vertical supply chain. Additionally, acquisitions of industry leaders in the OEM segment such as Navico reflect BC’s continued belief that its Parts and Accessories business will drive increased revenues and profits going forward. BC’s Parts and Accessories business, and its tangential relationship with the second-hand market, are going to help maintain BC’s pricing power over the cycle and further the distance between itself and its competitors. 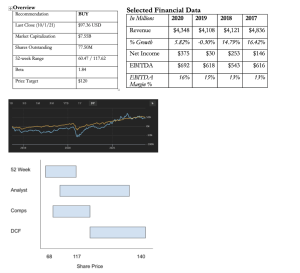 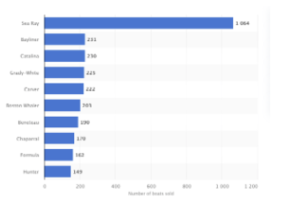