In the middle of the Nevada desert stands a 195m tower surrounded by an army of shiny, flat objects in a scene not entirely unlike something one would find in a sci-fi novel. This structure, however, serves a much more mundane, albeit necessary, purpose – the storage of energy.

This structure is called a “concentrating solar power” plant. It works like this: the plethora of mirrors surrounding the tower direct solar rays to the top, where a vat of molten salt sits to absorb the heat energy that can eventually be utilized as electricity. It’s been said that this energy storage method “has the most promise for energy generation and storage from solar power.” Just think about that for a moment though. A tower with special salt is one of our best options for renewable energy storage. Plus, it’s not like the whole world is covered in deserts that are waiting around for us to build salt towers on them.So what other options do we have?

Let me introduce to you solid oxide fuel cells. They promise to produce and store electricity for months after said electricity was produced. What’s more, they need only hydrogen as an input and when run in reverse as an electrolyzer produces hydrogen. In other words, solar and wind energy can be used as inputs to produce hydrogen, which can then be used to produce electricity. For more details on how they work, refer to the above diagram.

These new types of fuel cells are currently produced by only one company – Bloom Energy (NYSE: BE). If they can deliver on their promise of clean, long-lasting energy storage, the implications for the feasibility of renewable energies as our primary – if not only – energy source are massive.

The primary existing energy storage method, lithium batteries, of course has its strengths. It is relatively long-lasting and high in terms of energy density, for example. However, lithium is itself a very troublesome resource in that it is itself a non renewable resource and mining it is extremely water intensive. To illustrate this last point, I ask you to consider the fact that in a given year lithium mining consumes a full 65% of Chile’s entire water supply, which is simply ridiculous. 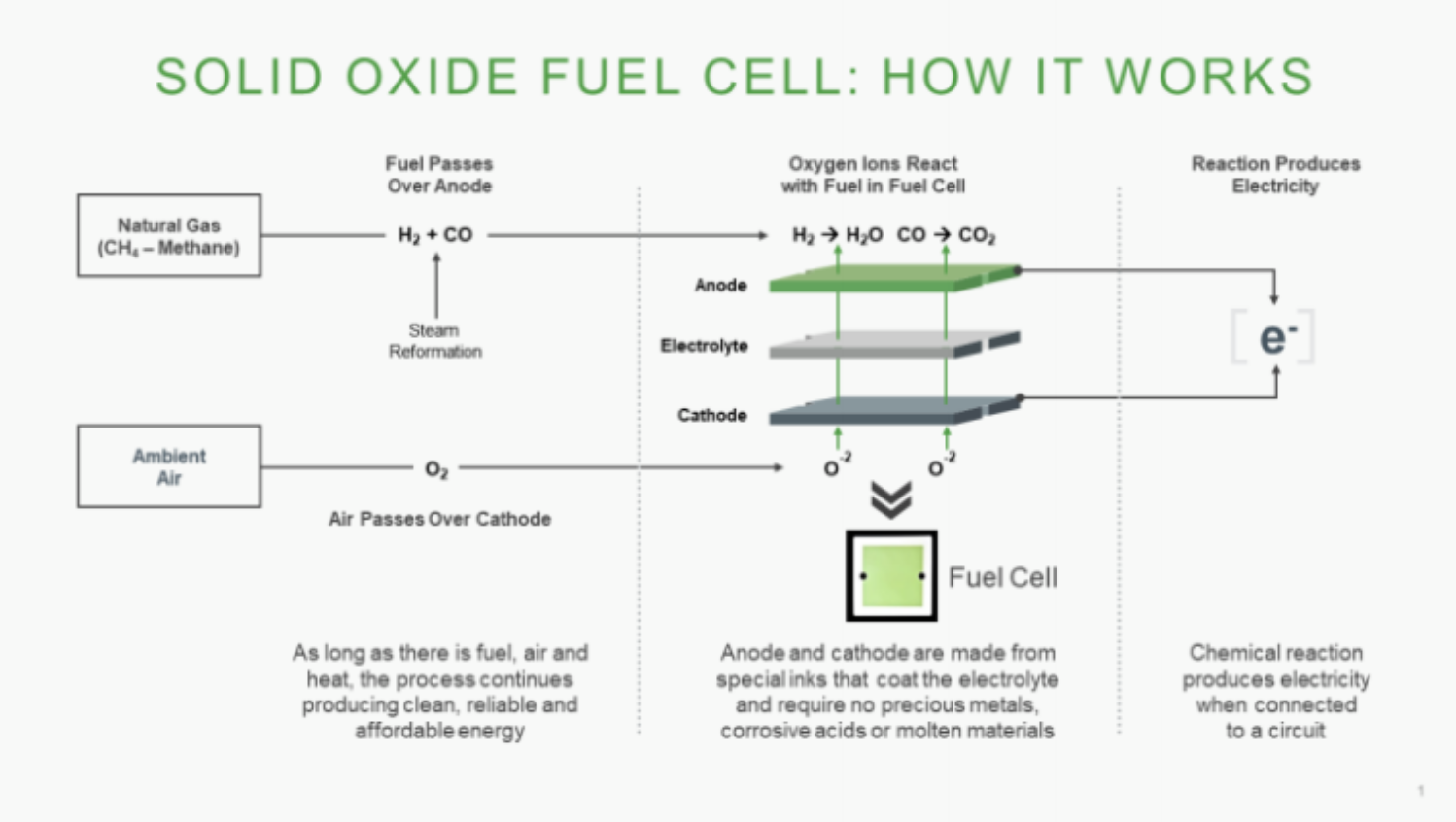 The batteries themselves are not without issues either. One minor (actual major) one is that they are prone to exploding if they are not carefully monitored. Usually this problem isn’t significant for smaller applications like electric vehicles (EVs) where software is capable of carefully monitoring the battery’s health and status. But in large energy storage plants that contain thousands of lithium batteries there are bound to be accidents. Also, I would be remiss in not reminding you of the notorious tendency of lithium batteries to lose capacity over time. And last of all, lithium batteries are simply too expensive.

Consider California, which produces more than 8 million megawatt-hours (MW) of surplus energy during the summer and yet can only store 150000 MW of it. Why? Because buying the lithium batteries necessary to store it all would cost a grand total of $2.5 trillion. Again, that’s simply ridiculous. 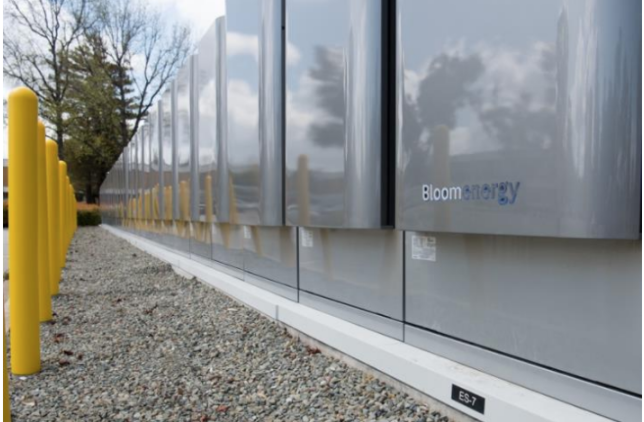 Now let’s return to Bloom. In addition to its innovative solid oxide fuel cells, the company already has a massive presence in developing countries like India that will inevitably consume increasingly large amounts of energy per capita as their economies continue to grow. However, the US also promises to become a huge factor in Bloom’s further growth.

With the election of President  Biden and a Democratic congress, the likelihood of a substantial, perhaps even once-in- a-lifetime, environmental aid package has skyrocketed. Biden has already made it  abundantly clear that he intends to pass such a package. Such a package will undoubtedly include provisions for increased spending on renewable energy implementation. It really doesn’t take a genius to figure out how Bloom might benefit of such a plan were passed.

So why do I believe that the market hasn’t already priced this possibility into Bloom’s stock price? In short, I don’t. Rather, I believe that because of the uncertainty surrounding the final details of an environmental package and whether it could pass at all, the current stock price still has potential to rise if said package should pass congress.

So why do I believe that an enormous environmental package will definitely pass congress? In short, I don’t. Rather, I believe that even if said package never comes to fruition, the inevitable march towards greater renewable energy adoption continues will present opportunities to Bloom regardless. Such adoption is not only morally justified, but also economically. It is now a fact that fossil fuels cost more per unit of energy produced than renewable energies.

Lastly, I would like to take a quick look at Bloom’s financials, more specifically its EBITDA values.

Based on EBITDA values projected by the S&P’s Capital IQ financial database, I was able to project future EV/EBITDA values with 10X, 15X, and 30X multiples. Using these EV/EBITDA values I project that with conservative 10X and 15X multiples we might be able to expect -61.94% and -36.76% equity upsides, respectively. However, the potential upside seen in the numbers along with the broader trends in politics and society might make this investment nonetheless attractive for certain investor profiles. In short, Bloom Energy (NYSE: BE) presents an interesting, perhaps underestimated opportunity for investment.