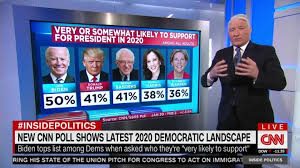 On Friday, 11/08, students came together at the FORUM to discuss the terms “electability” and “identity politics”—and their implications in politics today. Often, students discussed their ideas about these terms through the lens of the Democratic presidential primary, though candidates and political races from many decades were referenced. In short, participating students sought to define and discuss these terms, and how we, as current or future voters, ought to act on them in the future.

Throughout the course of our conversation, we unpacked the term “identity politics,” including identifiers most commonly referenced—race, gender, sexual orientation, among others. We then connected these concepts to the idea of “electability,” which seems to prompt voters to select the candidate they believe most people will also vote for. In a nation and world where political opinions are diverse and often contrasting, how do voters balance these two terms? How can we select a candidate whose identities represent many American people and who also can feasibly win an election?

You can find the notes here.