Although creation is beautiful, I sometimes forget that the world is a dangerous place full of uncertainties. I grappled with this unsettling reality during my first Mountain Day experience.

After admiring the picturesque mountains and savoring warm apple cider donuts on top of Stony Ledge, two friends and I began our descent on a relatively flat path. I was walking steadily until the trail began to narrow. It was when I looked down after a quick slip that I suddenly had several realizations. The mountain was higher and steeper than I had thought, and there were wet leaves covering potential obstacles. I started hyperventilating from my fear of heights, and my tears began to blur my surroundings. I gripped my friend’s hand and took baby steps while my panic grew with each additional slip.

As I was gradually being consumed by my worries, a branch cracked under my feet. My ankles sharply pivoted to the right, and I collapsed on the ground. I could not stand up on my own. I felt helpless and worried that my injuries were severe. I wept as I imagined Satan laughing at my struggles and weighing me down with doubt. 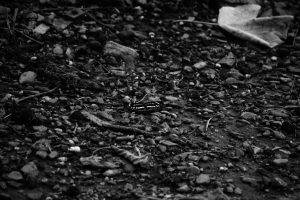 The wind intensified, and the sky began to dim. I desperately prayed to God for any source of help and waited in silence as my friends patted my back comfortingly. My prayers were eventually answered when a few students and the Williams Outing Club director found me. They attached braces to my legs and carried me down the mountain, alternating who carried me every 100 feet. With my arms and legs being lifted by my rescuers, I felt like a physical burden. I responded apologetically when everyone assured me, “You’re doing great.”

After several hours, we safely arrived at the base of the mountain. During the ride back to campus, I called my mom and was disheartened to hear her cry. She became more concerned when I eventually had to be transported to the hospital in an ambulance. Luckily, my bones were not broken, and I would be able to walk gradually with a cane. Hobbling around campus for several days, I realized that I had been taking the ability to walk for granted.

I was relocated into a temporary dorm with fewer stairs. Being physically isolated from my friends, even over a small distance, made me feel alone and locked in my own reality. I felt more guilt than gratitude when friends visited me, causing me to communicate less with others.

I talked to God about my conflicting emotions during the nights I was alone in my room. I expressed to Him my fear of relying on others and my worries of knowing that my parents were more concerned for my well-being than I was. I felt nervous to ask my friends for favors and potentially disrupt their busy schedules. I wanted an immediate solution, but I continued to struggle on my own because of my stubbornness, and I cried out to God in frustration.

Then God told me to pause and look beyond myself to the people who love me. I thought about how my family and friends were worried when I brushed off their concerns and lied to them that my life was okay. By isolating myself, I was rejecting opportunities for their help. My fears were a barrier from realizing that the recovery process would be difficult unless I sought out guidance. 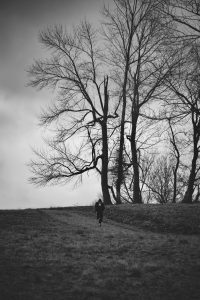 Taking little steps toward Him, I started to accept God’s help that was provided through people’s concerns and compassion. My parents sent me medicine, leg braces, and comforting text messages. My friends supported me when I had the courage to ask – they turned in my assignments, held my hand when walking down the streets, prayed for me, and gave me hugs. Through moments of practicing vulnerability, I learned to walk in trust and deepened my relationships with those who love me.

I had hoped to overcome my fear as my ankles healed, but my current reality tells otherwise. For simple tasks like walking to class, I am overly cautious, and I walk slowly on slippery sidewalks. Even now, I am still learning to cast my fears on God. When I do, He reminds me that He is with me every step I take. 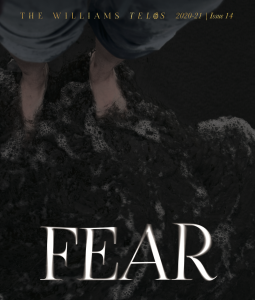