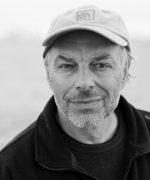 SAFINA, CARL (1955-). Carl Safina is a biologist, author, activist, and educator. Born on May 23, 1955, in Brooklyn, NY, Safina spent his childhood fishing, breeding pigeons, and playing music. In high school, he participated in a bird-banding survey on Fire Island, a barrier island off Long Island, an experience he credits for inspiring a lifelong love of birds. After receiving a bachelor’s degree in environmental science from the State University of New York at Purchase in 1977, Safina researched toxic dumping sites with the New Jersey Department of Environmental Protection and trained falcons with the Peregrine Fund. He began working with the Audubon Society in 1979 and discovered a dual passion for protecting birds and fish. After receiving his PhD in seabird ecology from Rutgers University in 1987, Safina worked for a decade in fisheries conservation.

Safina frequently writes participatory literary journalism, using his experiences to frame the narrative. His first book, Song for a Blue Ocean: Encounters Along the World’s Coasts and Beneath the Seas (1998) examines both the beauty and diverse challenges facing coasts, islands, and reefs. Safina focuses much of his work on animals, often using marine creatures as ambassadors for exploring ocean ecosystems and the human-environmental relationship. In Eye of the Albatross: Visions of Hope and Survival (2002) Safina centers the narrative around Amelia the Albatross. As did Rachel Carson in Under the Sea Wind (1941), he chronicles the life of an animal, through its eyes, to illustrate the interconnectedness of the global ocean. The Voyage of the Turtle: In Pursuit of the Earth’s Last Dinosaur (2006) traces the lives of endangered leatherback turtles to highlight issues of turtle decline and recovery. In 2010 Safina made his first foray into children’s literature with Nina Delmar: The Great Whale Rescue, which draws inspiration from an actual rescue of humpback whales in the Farallon Islands. His book Beyond Words: What Animals Think and Feel (2015) was a national bestseller.

Safina actively engages with contemporary conservation matters and intersections of the sea and social justice issues. In The View from Lazy Point: A Natural Year in an Unnatural World (2011), Safina documents a year of travel and reflects on time spent at his Long Island home, ultimately to underscore the environmental consequences of modern consumption patterns. Published on the one-year anniversary of the BP Deepwater Horizon Disaster, A Sea in Flames: The Deepwater Horizon Oil Blowout (2011) probes the environmental and social problems left in the wake of the 2010 oil spill, in which four million barrels gushed into the Gulf of Mexico. A Sea in Flames uses portraits of fishermen, oystermen, and oilmen impacted by the spill to spotlight the enduring and wide-ranging consequences of one of America’s most destructive environmental catastrophes and the largest accidental oil spill in human history.

In addition to his seven books, Safina has co-authored nearly 200 scientific papers, and he has written articles for the general public that have appeared in The New York Times, TIME, and National Geographic. Outside of writing and research, Safina hosted the Saving the Ocean documentary series, which aired initially on PBS from 2011 to 2013. In 2003 he co-founded the Blue Ocean Institute (now called The Safina Center), which seeks to inspire appreciation of the ocean and action to protect it. He also founded the National Audubon Society’s Living Oceans Program. For his work, Safina has received several prestigious awards, including the MacArthur “genius” Grant and a Guggenheim Fellowship. Additionally, he has been honored by Orion magazine and with a John Burroughs medal for his nature writing. Safina has secured his legacy as a prominent author of accessible marine nature writing. As a marine scientist turned author of popular ocean literature, Safina joins authors such as Sylvia Earle and William Beebe.

Through his writing and advocacy, Safina has strived to cultivate a deeper respect for the world’s ocean and all life on earth. In a 2003 essay titled “Launching a Sea Ethic” in Wild Earth magazine, Safina summarizes the necessity for a “sea ethic,” a marine complement to Aldo Leopold’s “land ethic,” which Safina claims “stops at the high-tide line.” Safina wrote:

Extending a sea ethic would mean recognizing the ocean’s importance to the continued existence of life on our planet and to human futures. From this recognition would flow an appropriate sense of moral imperative, commitment, and urgency—urgency toward ending overfishing and wasteful bycatch and aggressively rebuilding depleted ocean wildlife populations, stabilizing human effects on world climate, slowing habitat destruction, stemming from global transport and accidental introduction of “alien” species, curbing the flow of contaminants and trash, developing sustainable seafood farming, cultivating an informed approach to the seafood marketplace, and implementing networks of protected areas in the sea.

Watch “What are Animals Thinking and Feeling?” TED Talk: