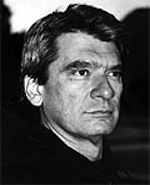 RICHARD, MARK (1955- ). Author of the sea novel Fishboy (1993), Mark Richard (pronounced ree-SHARD) has been, at different times in his life, disc jockey, newspaperman, photographer, and private investigator. As a young man, Richard took time off from his study of journalism at Washington and Lee University to work on fishing boats up and down the eastern seaboard. In 1989 he published a collection of short stories, The Ice at the Bottom of the World, for which he was awarded a PEN/Hemingway prize and a Whiting Foundation grant. Included in this volume is the story “Fishboy,” an early version of what would become Richard’s first novel. Most recently, Richard has published a second volume of stories, Charity (1998), in which the sea is only tangential.

“Fishboy” is a surrealistic account told by a young stowaway who jumps aboard a coastal fishing trawler manned by a haunted, homicidal crew. Spun with a dreamy, beyond-the-grave lyricism, Fishboy’s yarn is full of Gothic violence, dark humor, and insistent anatomical detail. As part of his own story, Fishboy passively records the stories of his shipmates, each of whom suffers some paranoid torment. Together, Fishboy’s narrative and these interior tales constitute an allusive anthology of bleak fables and fish stories. With its heightened rhetorical performance as well as its emphasis upon shared myths of guilt and redemption, Fishboy contains echoes of the King James Bible, the literary South, and, above all, sea authors such as Herman Melville, Edgar Allan Poe, and Peter Matthiessen.