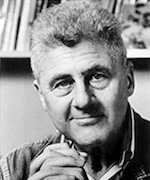 NEMEROV, HOWARD [STANLEY] (1920-1991). Howard Nemerov was born in New York City and died in University City, Missouri. He served as a pilot with the Royal Canadian Air Force before joining the U.S. Air Force for the last two years of World War II. Upon discharge, he worked as associate editor of the literary serial Furioso (1946-1951) and completed his first book of poems, The Image and the Law (1947). One of the poems in this collection, “The Soldier Who Lived through the War,” uses sea imagery to establish both Nemerov’s politics and aesthetics. In 1978 his Collected Poems (1977) earned Nemerov the Pulitzer Prize and a National Book Award. Ten years later, he was named poet laureate of the United States (1988-1990). His images and themes of the sea, infusing his novels, short stories, essays, poetry, and plays, celebrate the sea as the giver of life and expose its perils and threat of death.

Nemerov’s fiction includes short stories of the bizarre and grotesque collected in A Commodity of Dreams and Other Stories (1959), in which is embedded the archetypal sea journey. Growth, development, and becoming are present in the expansion of ocean waves, in sea life, in journeys across the sea, and most importantly in the metamorphosis of the sea into an intentional voice.

Sea imagery figures importantly in all of Nemerov’s writing. “The Pond” (1966), as microcosm, depicts love’s labor’s lost and found and creation and death in water and, by extension, in the sea. The spirit of the pond is an avenging one, reenacting the ancient myth of castration and recalling Venus rising from the sea. The poem ends with a paradox that asserts that life and death coexist in the pond, and such antithesis applies as well to the larger sea world. The sea is shrunk to a goldfish bowl in “Goldfish” (1962), and the sea swells to macrocosm in “Hope” (1973). This poem depicts Lady Hope withstanding a terrific storm at sea even as fishermen on a wharf remain oblivious to the sea’s turbulent power, capable of capsizing and sinking their ships. The final stanza affirms that Lady Hope will succeed in treading the perils of the deep because she balances her way with an unsinkable anchor.

In Journal of the Fictive Life (1981), Nemerov recounts dreams and interprets them as part of the creative process. The final dream in “Three Dreams on the Same Theme” occurs on an ocean liner in distress; the dreamer realizes that the sea bestows freedom upon him. Nemerov’s sea imagery can reinterpret creation and liberation. The title character in “The Mud Turtle” (1967), exemplifying the opposing forces of Nemerov’s sea imagery, journeys from the mud deep below the sea to the light of the mountaintop only to return again to the bottom of the deep. The turtle embodies contraries such as sloth and speed, courage and cowardice, existing in a habitat of both mud and gemstone. Nemerov uses irony as one conscious rhetorical strategy, and such strategies limit excesses of emotion and celebrate the authority of wit in his sea imagery. His poems present oblique slants on his subjects that surprise his readers and challenge their unexamined perspectives. His poem “Make Love Not War” (1960), which concludes with a focus on sands of the sea, entered popular culture as a slogan on bumper stickers.

Readers delight in discovering comic shifts that unveil Nemerov’s wit and lead one to encounter another world. Intertextually and metaphorically, his work abounds with images of the sea: its harbors, tides, creatures of the deep, and experiences on and of the sea. The title of his poem “I Only Am Escaped Alone to Tell Thee” (1955) echoes the messengers who inform Job of the destruction of his family and his possessions; Herman Melville had used these very words to preface the epilogue of Moby-Dick (1851).