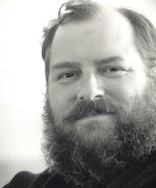 NELSON, JAMES L. (1962- ). Born in Lewiston, Maine, James L. Nelson, a former professional square-rig sailor, traces his love of the sea to his earliest memories when he chose boats and model ships for boyhood toys. In college Nelson joined the sailing club at the University of California-Los Angeles (UCLA), where he earned his B.A. in motion picture and television production in 1986. After two years as an assistant editor for a Hollywood television production company, Nelson succumbed to his nautical wanderlust and spent five years serving aboard sailing ships, including the Golden Hinde, the Lady Washington, and the Revolutionary War-era replica H.M.S. Rose. On the H.M.S. Rose he began his first book, By Force of Arms (1996) while serving as third mate. As of 2014 Nelson resides in Harpswell, Maine and serves as skipper of Sea Scout Ship 243, sailing out of Maine Maritime Museum in Bath. In addition to writing, Nelson gives lectures on maritime history and has appeared on Discovery Channel and History Channel.

Drawing upon his firsthand knowledge of tall-ship sailing, Nelson has authored several series of historical fiction. His Revolution at Sea Saga, a five-volume series beginning with By Force of Arms (1996), follows the American naval struggle during the Revolutionary War through protagonist Isaac Biddlecomb, American smuggler and sea captain. The Guardship (2000) begins Nelson’s three-volume Brethren of the Coast Series featuring Thomas Marlowe, an ex-pirate in colonial Virginia. Nelson’s Civil War at Sea Series features protagonist Samuel Bowater, an officer in the Confederate Navy. The first of the two volumes, Glory in the Name (2003), received the American Library Association/William Boyd Award for Best Military Fiction. Nelson’s The Norsemen Saga includes two volumes, Fin Gall: A Novel of Viking Age Ireland (2013) and Dubh-Linn: A Novel of Viking Age Ireland (2014), and tells the story of Norwegian Torgrim Night Wolf’s band of Vikings as they raid and plunder the Irish coast. Nelson has also written The Only Life that Mattered: The Short and Merry Lives of Anne Bonny, Mary Read, and Calico Jack (2004), a standalone historical novel of pirate adventures.

Self-consciously endeavoring to join the ranks of C. S. Forester and Patrick O’Brian in his historical novels, James Nelson nevertheless forgoes his forerunners’ stylized tones. His dialogue aims for the patterns of contemporary speech, stressing the immediacy, rather than the rarified distance, of his subject matter. Unlike Forester’s Horatio Hornblower and O’Brian’s Jack Aubrey, Nelson’s Isaac Biddlecomb in the Revolution at Sea Series is not bred to the naval service, and the author’s nonperiod diction supports his main character’s newcomer status by allying him, as a fellow neophyte, with the reader.