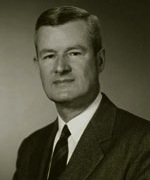 MURPHY, ROBERT CUSHMAN (1887-1973). Born in Brooklyn, Robert Cushman Murphy graduated from Brown University in 1911. The following year he married Grace E. Barstow and embarked on the whaler Daisy for the South Atlantic. A naturalist nominally in search of pelagic birds, Murphy proved an able chronicler of shipboard life as well. He published the scientific findings of his trip in A Report on the South Georgia Expedition (1914). After several other voyages in pursuit of natural history, he published his masterwork, Oceanic Birds of South America (1936). This work is notable for its inclusion of the biographical sketch of Rollo Howard Beck in “The Field Worker” and the synoptic “An Ornithological Circumnavigation of South America,” as well as for the many narratives of maritime collecting and lore interspersed throughout the two volumes. A seagoing equivalent to the highly literary Birds of Massachusetts and Other New England States by Edward Forbush (1927-1929), Murphy’s work builds on centuries of exploration in the South Atlantic and South Pacific Oceans.

Murphy was associated with the American Museum of Natural History from 1921 until his death. An admired raconteur, he was challenged well along in his career to write something more in the narrative vein, and the result was Logbook for Grace (1947), a reworking of his diary and letters from the New Georgia voyage on the Daisy under the crusty captain Benjamin D. Cleveland (later one of the last skippers of the Charles W. Morgan, the world’s only surviving wooden whaleship, now docked at Mystic Seaport in Mystic, Connecticut).

Logbook for Grace has the richness of discovery present in Charles Darwin’s Journal, the humanity and whaling lore of Moby-Dick (1851), and the innocent, but tempered, enthusiasm of Jack London’s The Cruise of the Snark (1911). A pictorial companion, A Dead Whale or a Stove Boat, was published in 1967. Grace E. Barstow Murphy wrote There’s Always Adventure: The Story of a Naturalist’s Wife (1951).

A Report on the South Georgia Expedition (1914)