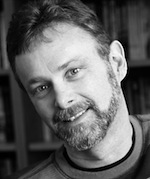 MOORE, CHRISTOPHER K. (1957- ). Christopher Moore has lived on the California coast for over twenty years, using his experiences on diving and fishing boats around the world in two offbeat novels. Island of the Sequined Love Nun (1997) focuses on the protagonist’s job offer on Alualu Island northwest of Micronesia, his navigation by motorboat through a hurricane to get there, his plan to save the native Shark People from mysterious events, and his escape by canoe and his ensuing weeks lost at sea. The Lust Lizard of Melancholy Cove (1999), set in Pine Cove, California, involves a Sea Beast with psychic powers who leaves the ocean and is aided by various characters, including a seascape painter, to find love and happiness.

The Lust Lizard of Melancholy Cove (1999)